Best served hot with a cup of steaming rice, boiled egg, and in the company of family, adobo is a beloved dish at the heart of many Filipino communities. For something so delicious and comforting, it’s definitely a killer delicacy— perhaps in more ways than one. Fil-Am writer Mia P Manansala takes the expression “to die for” to a new level in the culinary sphere with her debut mystery novel, Arsenic and Adobo.

As the first book in ‘Tita Rosie’s Kitchen Mystery’ series, Arsenic and Adobo introduces us to the cliche yet unpredictable world of Lila Macapagal. After becoming newly single, she returns to her small town in Illinois to work at her family’s restaurant, only to find her neck on the chopping block as she becomes the primary suspect of a murder investigation. 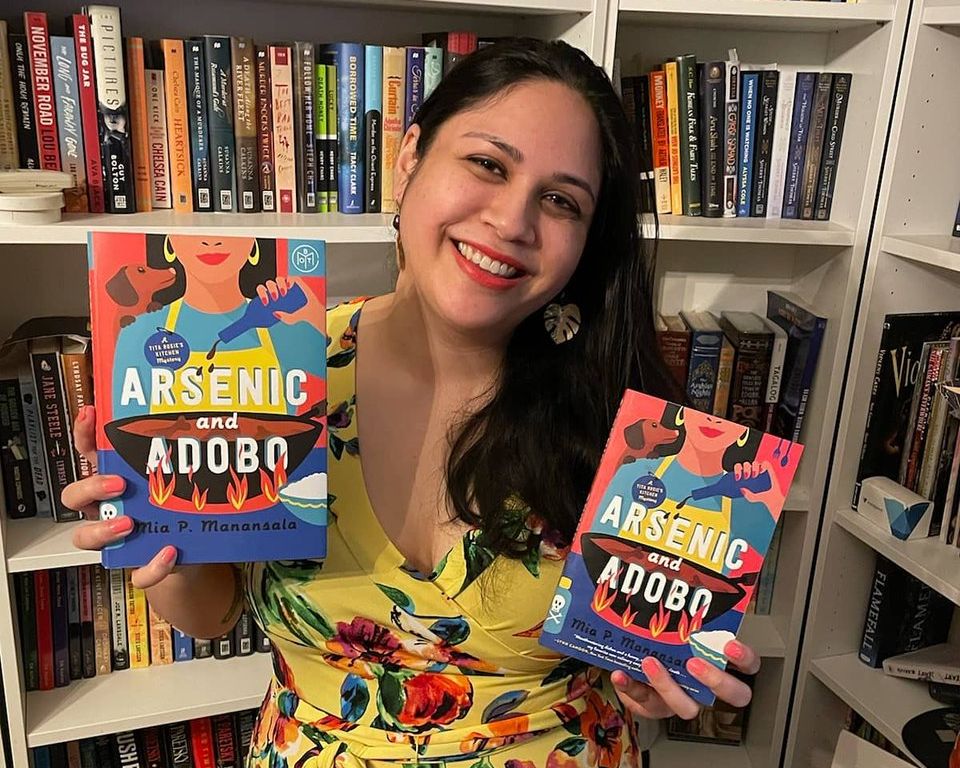 The 336-page mystery novel was recently released last May 4 and has been dubbed as the “beach read of 2021,” receiving positive reviews from readers and critics alike. It’s a satisfying outcome for the time and care put into the making of Arsenic and Adobo— much like a cherished family recipe.

Chicago-based writer Mia P Manansala shared with us her journey as a first-time published author, and what she hopes to bring to the cozy mystery genre.

“My name is Lila Macapagal and my life has become a rom-com cliche,” the very first line of what would become Manansala’s novel came to fruition one day when riding the train to work. Once the idea popped into her head, she quickly typed it down on her phone right away. It was clear that there was a story worth telling as she immediately followed with a second line which prompted the premise of Arsenic and Adobo: “Not many romantic comedies star Asian-American leads or dead bodies, but more on that later.”

Manansala shared how she and her mentor joked that a lot of contemporary cozy mysteries were very similar to rom-coms, leading her to explore that concept. “Rom-coms are just cozies with dead bodies,” said Manansala as she cited how they revolve around a female protagonist and family drama and makes them return to their small town.

However, like a lot of mainstream media, cozies and rom-coms alike often lack diverse voices and perspectives. Manansala explained that although she grew up reading cozy mysteries thanks to her mom, “unfortunately these books don’t have a lot of diversity usually so we never really saw characters that look like us or had our experiences.”

While at the helm of diversifying the genre, Manansala also shares the struggles that come with it— particularly with doing justice to the Filipino culture from a Fil-Am sensibility. “It’s that question of: am I enough? Do I know enough about the culture?”

She emphasizes how our culture is so vast and underrepresented in media that Arsenic and Adobo shouldn’t be seen as the singular Filipino experience. “I could never speak to a whole population because we’re so different. No group is a monolith.”

The novel is rather inspired by her personal experience growing up in the midwest. “It would be impossible for me to write something that doesn’t have parts of myself in there.”

Manansala recalls how she took a one-day workshop on a whim which sparked her beginnings as a mystery writer. Although she claims to have never taken a writing class before, her work was well-received by her teacher who happened to be Lori Rader-Day.

Lori Rader-Day is a three-time nominee of the highly coveted Mary Higgins Clark Award (that’s like the Oscars for mystery novelists). With her support, Manansala was motivated to continue on this new journey. While the book idea that she came up with in class was never published, she still considers it to be special as it was the first manuscript she ever finished. It was also what got her a mentorship with multi-award-winning author Kellye Garrett.

Eventually, Manansala’s second manuscript was sold in a span of two weeks at auction.

Since then, the author has received a number of accolades including the Hugh Holton Award and the Eleanor Taylor Bland Crime Fiction Writers of Color Award.

Sharing another fantastic blurb, this time from the wonderful Jenn McKinlay!"A delicious mystery full of wit and wile…

With food, family, and a riveting storyline at the center, Arsenic and Adobo might just be the perfect read to pair with your merienda.

Mia P Manansala is currently working on the second installment in the ‘Tita Rosie’s Kitchen Mystery’ series. Her second book Homicide and Halo-Halo is slated for release on February 8, 2022. Visit her website for updates and links to her social media pages.

Find out what mysteries unfold for Lila Macapagal by purchasing Arsenic and Adobo here. 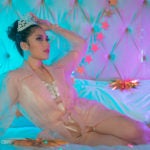 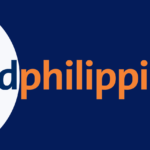