ICYMI, the first trailer of the anime adaptation of award-winning Philippine komik “Trese” by Budjette Tan and Kajo Baldisimo was released last May 21, 2021. Along with the trailer was the reveal of voice actors who will provide their voice in the series, following their announcement of Liza Soberano and Shay Mitchell voicing the main character, Alexandra Trese, in the Tagalog and English dubs respectively.

With this news, fans of the popular Filipino komik were elated to see renowned Filipino voice actors lending their voices for Netflix’s first Philippine anime adaptation, citing their excitement for its release date on June 11. However, some were not pleased with the Tagalog dub trailer of “Trese”, commenting that the voice acting was awkward and weird.

Some were also expressing their preference for other languages, most especially towards Japanese and English dubs.

Although it’s fine to prefer other language dubs for TV shows and anime, no one should be underestimating the Philippine voice acting industry. With the number of creative talents being recognized abroad, everyone should be supporting the local creatives industry even more now. But that isn’t happening at all, now is it?

People can enjoy different things without criticizing the other, and yet some still crucify Philippine voice acting as weird, awkward, and embarrassing to hear in comparison to other languages. Don’t you think it’s elitist to sneer and be embarrassed at local talents and then fall head over heels for other language dubs?

Well, that’s just an example of colonial mentality come to think of it. There’s nothing wrong with the Philippines’ voice acting industry, have you seen and heard how they voiced numerous Japanese anime on HeroTV? Thanks to their dubbing of Japanese anime to Tagalog, anime made a breakthrough within Philippine society and essentially became accessible through Tagalog dubbed channels like HeroTV.

Hearing Tagalog on TV shows shouldn’t be awkward; it’s what we hear in our daily conversations. If you think that hearing Tagalog in a Philippine-based show produced by an international company is weird, then that’s on you.

And, most especially, if you grew up hearing “Naruto” say, “Kage Bunshin Technique Times Two Times Two Times Two” during its afternoon runs on HeroTV or ABS-CBN, then you shouldn’t be making fun of Philippine voice acting and should be showing support for an industry showing everyone that international shows can be watched and understood locally.

Here are just some threads to help you understand why we shouldn’t really make fun of Tagalog dubbed shows anymore:

p.s. it's apparently in the comments of the Tagalog trailer, i didn't want to check bec i don't wanna be upset but it's being talked about in the Trese fan group because the VAs saw them and it was sad to see their reaction hahahuhu 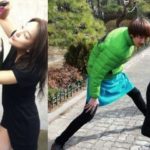 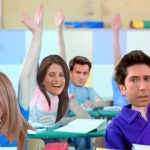 QUIZ: The one where we test your extremely specific ‘Friends’ knowledge