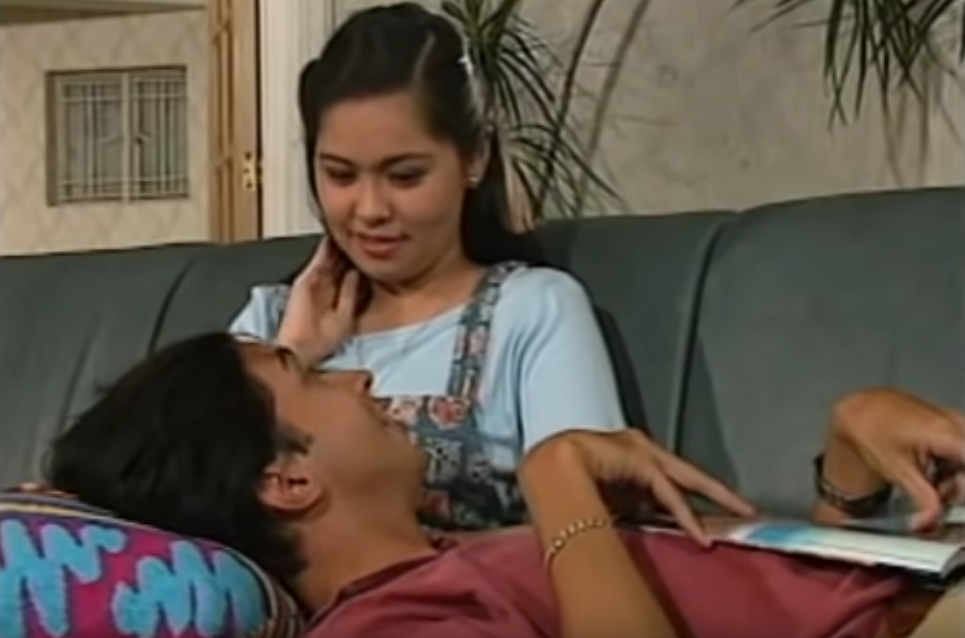 There’s no denying it: T.G.I.S. (Thank God It’s Sabado) was real a game-changer back in the 90s, as it paved the way for other youth-oriented shows which dominated weekend TV slots, particularly Saturday afternoons. T.G.I.S. particularly, was a series about a certain close-knit clique who all lived in one community, had similar interests, and the story of which revolved around all-too common problems every teenager undergoes and how they dealt with it back then. Launched in GMA 7 in 1995, this multi-awarded teen-oriented series was considered as one of the influential TV programs of the mid-90s and has paved the way for a spinoff movie, a sequel, and the launch of similar youth-oriented weekend shows like Growing Up, G-Mik, Tabing Ilog, and Berks. Yes, T.G.I.S. was a hands-down phenomenal TV hit! 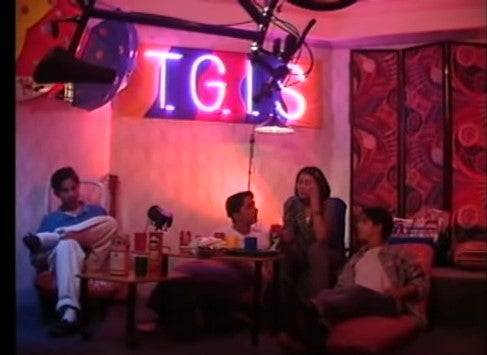 No one can ever fault a phenomenal smash series, so if we were asked about the minor things which we have noticed about T.G.I.S., after two decades and a half since its premiere, believe us, they are insignificant, mundane, and even funny observations. Here are some of them:

1. The cast seemed to worry about first-world problems all the time. 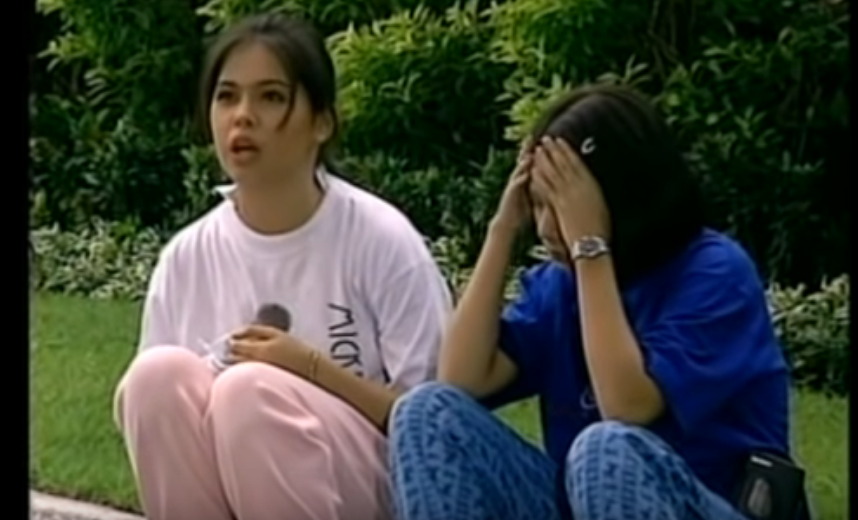 In definition, first-world problems are minor issues and not as extreme as it is, yet to that person, yup, they’re still problems that are extremely still frustrating. Like, for instance, not having the nicest clothes to the party, or if one is appropriately dressed (or if the hair is okay, do I smell good, do I have something on my face?)v because the person he or she likes saw them. Well, these slight problems seem like a big deal but that’s common too, not only for the teenagers of the 90s and the ones we have now. Although now, it’s not just about how one looks, it’s about the technological trends, too like “Omg, I don’t have the latest phone” to “I hope he likes my lip tint shade”. Nothing wrong with that but sometimes not all everyday humdrum issues should be a big deal. T.G.I.S. was, first and foremost, a teen-oriented show and we, as viewers, shouldn’t expect that the barkada will talk about oil price hike or some national issues; they are adolescents and they are wary about teenage things and I guess it’s just normal. Teeners now worry about similar things (save for some woke youth who think beyond their age). To bridge the gap, it is always up to the parents, titos, and titas to always bring the young ones to grasp the proper perspective in the whole scheme of things. That way, they will realize how small their issues are compared to other people and acknowledge how truly blessed they are actually.

2. Were the T.G.I.S cast’s nicknames unthinkable back then?

Wacks for Joaquin Torres III (played by Bobie Andrews), Maria Patrice “Peachy” Real (played by Angelu de Leon), Lucho (Juancho Trivino), Rain (Ciara Sotto), Happy (Chantal Umali), Bullet (played by Jason Ivler–yup, that Jason Ivler), Ice (Polo Ravales), Billie (Aiza Marquez), Calai (Sunshine Dizon), and Inaki as played by Dingdong Dantes, plus a whole roster of cool and almost weird nicknames. Were they really the norm during the 90s? Well, maybe or maybe not, until these days. But we figured since this is a trailblazing TV series, perhaps it was a good peek into the future. Afterall, the setting is in a private subdivision somewhere in Quezon City, thus the “conyo” names, and the cast all went to the fictional but exclusive West Ridge High School and they speak ‘Taglish’ so we are guessing that characters named Tisay, Flor, Ramil, or Agapito just wouldn’t fit in (no offense meant to people with these beautiful names) but would give that nice balance and more Pinoy flavor.

3. The characters in the series were always dressed to go out. 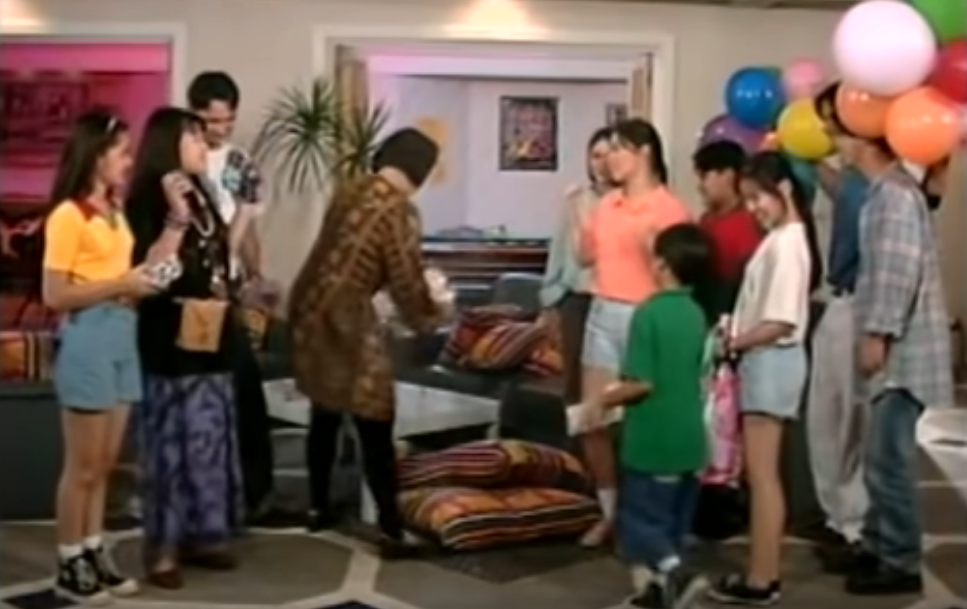 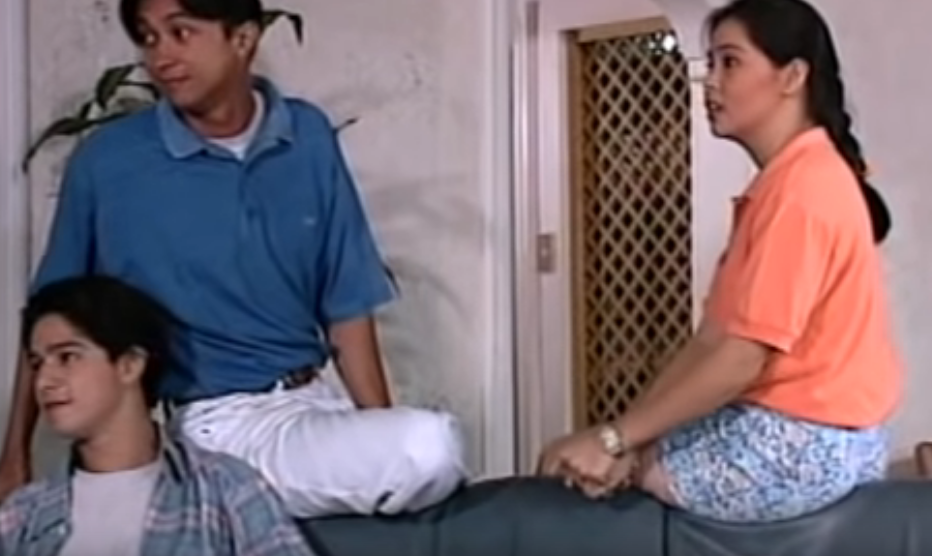 Well, that’s true. As someone we know pointed out: “Why was the cast always seemed to be dressed up but with nowhere to go?” No one knew the answer except, perhaps, that would be—until now—the common practice in Philippine TV series or even in the movies. Everyone should look good anytime of the day, no matter if they are cooking in the dirty kitchen, going to the wet market, or simply watching TV. Remember those films that feature couples getting ready to sleep but with makeup and foundation on. It spelled the same with T.G.I.S. barkada, they all are just so glammed up, even when they are merely hanging out in one of their friend’s houses or in school. Well, at least, they were “somewhere”.

4. The privileged characters in the T.G.I.S., always give a little something to the less fortunate ones in the cast.

Whether it’s a material thing that could help one of the underprivileged characters in the hit TV series or a service like a ride home, the richer kids always give a material token (like offering a better dress or shoes to be worn for a party and the like). Some people think it widens the gap between rich and poor, but it is what it is—privileged friends who are mindful and sensitive will always offer material or non-material things to others. Call it whatever you may want to, but once you put on your rose-colored glasses, you’ll find out that maybe, just maybe, it was all about kindness, too. And that applies to all teenagers today; some of them might give just for show but most of them give, because they want to help, really.

5. The sub-stories of other characters were almost drowned by Wack’s and Peachy’s love affair

T.G.I.S. was not only a drama series with multiple plot twists, but a love story also unfolded. The story began when character Joaquin “Wacks” Torres III (played by Bobby Andrews) moves in an urban subdivision without knowing that his former fiancée Maria Patrice “Peachy” Real (Angelu de Leon) will be his next-door neighbor. However, the sub-plot storylines of Mickey (Michael Flores) and Cristina (Raven Villanueva), or that of JM (Onemig Bondoc) and Rain (Ciara Sotto) have become less attention-grabbing and completely pale in comparison than Wacks’ and Peachy’s on again-off again affair. We get it, the couple was clearly being highlighted yet the other love stories then were simply not underscored enough. Wacky and Peachy’s signature theme song, It Might Be You also made its way into prom playlists across in High Schools everywhere. The loveteam clicked, evident in the fans’ and viewers’ reactions and even then, it never stopped them from investing a full 90 minutes of their Saturday afternoons, so we guess the formula worked.

All in all, T.G.I.S. is still, to this day, a really unparalleled youth-oriented spirit. Back in the era when mixed cassette tapes and pirated CDs, and when beepers are held on by belts to the waists of cuffed denims, and mobile phones were still massive ice shaver-looking, the program gave our teenagers a sliver of hope and a big reason to get entertained in a simple, relatable manner. The show was clearly the most influential series of the 90s, and most of us who belong to that era have their episodes on YouTube if we want to indulge in our own “sentimental Saturdays” inside the comfort of our own homes. T.G.I.S. was a trend as a trend could be. It gave us our nostalgic glimpse in the mirror of our own high school lives. 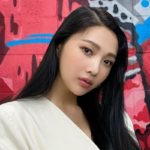 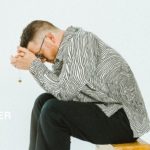