‘The Devil Wears Prada’ has gone down as one of the most iconic movies of this era. Everyone in the movie seemed like a perfect fit, from Emily Blunt, to the legendary Meryl Streep, and of course Anne Hathaway as the lead — but apparently she almost wasn’t casted.

The actress revealed that she was actually the ninth choice for the role. I guess in some parallel universe someone else landed the gig as Miranda Priestly’s assistant, although it’s honestly difficult to picture anyone else in the shoes of Andy Sachs. Hathaway spilled the tea during an appearance on ‘RuPaul’s Drag Race’.

She shared some acting tips with the cast for their musical theatre challenge. After a dispute between two queens for a role, contestant Rosé asked if the Oscar-winning actress had any roles that she had to fight for. Hathaway admitted that she was nowhere near first pick for ‘Devil Wears Prada’. “But I got it! Hang in there, never give up,” she exclaimed.

Another queen named Gottmik then asked her for advice for when you don’t get the part you were hoping for. She replied with a quip, “If you don’t get the role you want, you steal the show anyway.” And there’s no doubting Hathaway’s star quality with such a memorable career.

It was previously reported that Rachel McAdams was who the studio originally had in mind for the 2006 chick flick. Apparently the actress turned them down three times. While it is unknown who the other choices were, it’s surprising that Hathaway was actually that far down the list. But true enough to her words of wisdom, she never gave up and it became one of her most iconic roles. 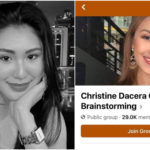 Will Christine Dacera ever be able to Rest In Peace? 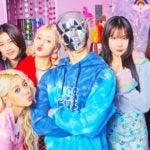