Follow us:
Ten books that once belonged to the collection of Madame de Pompadour are due to go under the hammer at Christie's. Image: courtesy of Christie's via AFP Relaxnews

Unlike many other cultural sectors, reading and general interest in books have shown strong resistance to the public health crisis. Now, Christie’s is riding the wave of bibliophilia with its forthcoming sale “Selections from the Library of Mr. & Mrs. John H. Gutfreund 834 Fifth Avenue,” running online January 14 to 29. One of its most sought-after lots will be a selection of books formally owned by Madame de Pompadour.

Mistress, friend and advisor to France’s King Louis XV, Madame de Pompadour built up an immense library, with tomes covering literature, history, philosophy and many other fields, and her eye for illustrated books and attractive covers was unquestionable. 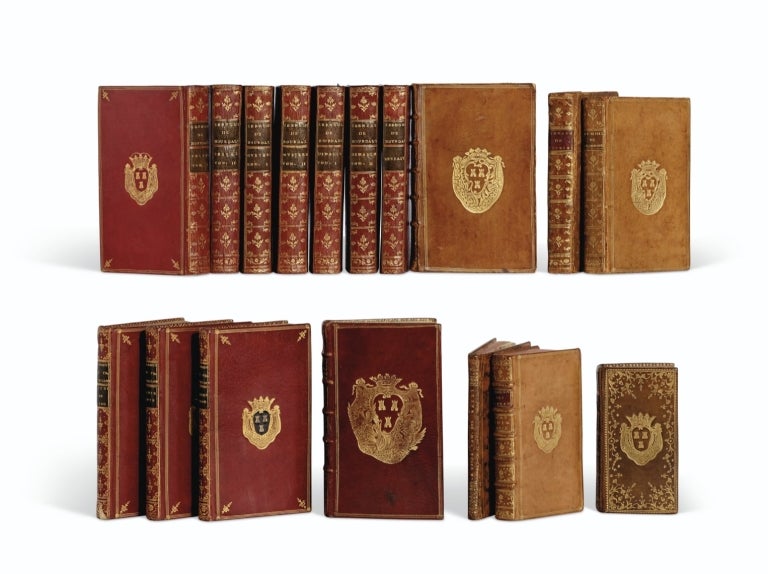 Ten books that once belonged to the collection of Madame de Pompadour are due to go under the hammer at Christie’s. Image: courtesy of Christie’s via AFP Relaxnews

When her collection was disbanded for sale the year after her death in 1764, it featured over 35,000 works. Ten of these are now going under the hammer at Christie’s, where they are estimated to fetch between $10,000 and $15,000. These books were formerly owned by the late John Gutfreund and his wife Susan, who had a particular interest in old manuscripts, as well as Russian artworks and porcelain.

The contents of their New York apartment are due to be sold at Christie’s in a series of sales, including “Selections from the Library of Mr. & Mrs. John H. Gutfreund 834 Fifth Avenue.” Overall, the sales could fetch up to $7.4 million, a modest sum considering that the couple supposedly spent $20 million decorating their luxurious duplex, according to Bloomberg. JB

Books as business? For indie online sellers, it’s the cause that counts