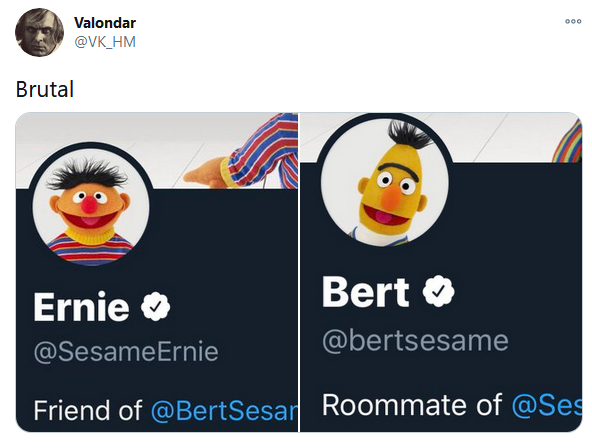 Bert and Ernie are on Twitter, folks–and have “confirmed” a seemingly confusing nature of relationship on their Twitter bios.

Twitter user, @Valondar, posted a screenshot of Bert and Ernie’s Twitter profiles and quickly noticed that the two seem to be having a disconnect when it comes to the nature of their relationship.

On their Twitter bios, Ernie identifies Bert as his friend, while Bert considers Ernie as roommate, which begs the reaction eh?

Twitter user @VK_HM posted the profile screenshots and captioned it with “brutal”.

Some fans felt sad for Ernie being “friendzoned”.

In the PBS children’s show Sesame Street, Bert and Ernie are long time roommates. For years, people perceive them as best friends, but not after the famous show’s writer, Mark Saltzman, confirmed in 2018 that the two are actually a couple whose actions are written based on his own personal life.

In that same year, Sesame Workshop, a nonprofit organization, denied the writer’s claim and issued a press release on Twitter saying Bert and Ernie are puppets with no sexual orientation. “As we have always said, Bert and Ernie are best friends,” the statement said. “They were created to teach preschoolers that people can be good friends with those who are very different from themselves.”

Fast forward to today, it seems like the speculations are coming back, with some fans criticizing the TV program for what seems like a move to make sure the characters remain in the closet.

They’re boyfriends and even the little kids watching Sesame Street know it.

also PBS: aggressively insists two unrelated men who live together and say they love each other aren't gay

However, Saltzman is quite happy that his interview in 2019 started a conversation about the LGBTQ+ representation in kids’ shows and felt positive that the two famous characters will empower the LGBTQ+ families and their children. 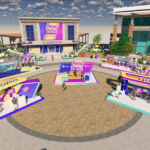 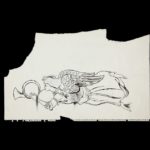 ‘Happy Andy Warholidays’: A holiday-themed sale of the artist’s work for a good cause