A sudent and part-time worker of a US paint store was fired for creating viral TikTok videos in which he used company products and equipment while filming. 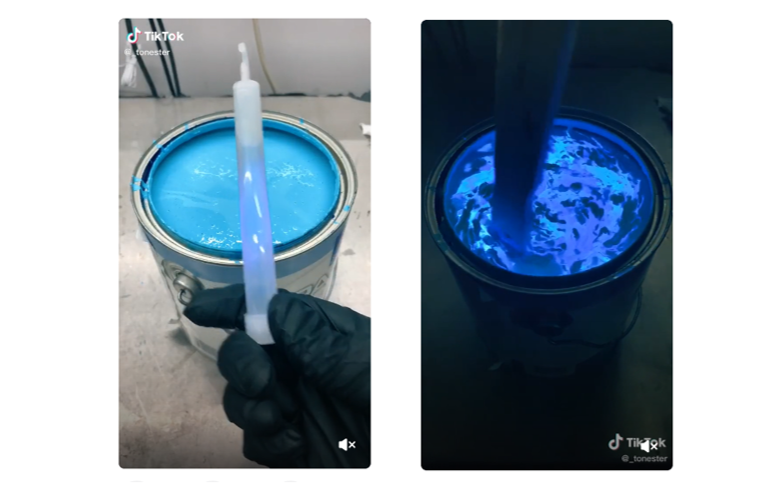 While studying at Ohio University, Tony Piloseno, the man behind @tonesterpaints on TikTok, Instagram and YouTube, was working for a local paint store, Sherwin-Williams and has been with the company for almost three years.

The moment Tony landed the job, he instantly fell in love with mixing paint colors and he believes that the company can do more to expand its audience to even include the younger generation.

While he was taking requests for mixing paints from customers, Tony created a TikTok account and started posting his paint-mixing videos in Dec 2019. His videos went instantly viral and garnered a lot of attention, including some customers of the local store.

“I’d just downloaded TikTok, and the videos took off almost immediately. It was just me doing a few customer orders here and there,” Tony said during his interview with BuzzFeed. “When we were slow, I was making videos showing the process of it all.”

Eager and inspired, he created a presentation and tried to pitch it to the company’s marketing team to prove how he could help the brand widen its appeal to the younger audience. Sadly, after 2 months, he got rejected and was told that there is no need to see his presentation as there was no ongoing promotions.

A month later, the company fired Tony due to a lot of inquiries from customers about this paint-mixing video using blueberries, which racked up more than 9 million views (as of this writing).

“Upon conclusion of our investigation, it has been determined you are in violation of several gross misconduct policies,” Sherwin-Williams district manager wrote.

“At times in making the videos, you used company tint machines while both on the clock/and off the clock for your personal use… Upon conclusion of our investigation, it has been determined you are in violation of several gross misconduct policies, ” the letter went on to say.

Sherwin-Williams only knew about his TikTok videos when they started getting inquiries from customers. While Piloseno admitted that he made some of his TikTok videos in between and sometimes after his working hours, the accusation of him stealing is not true as he purchased all the paints he used using his employee discount card.

Tony didn’t get a chance to tell his side of story to his district manager so, instead, he did it through his Instagram.

Feeling bummed out for losing his job, Tony decided to still continue making videos and doing experiments on mixing paints from his friend’s basement.

“I bought myself a light box. I bought some empty gallons at Lowe’s — I basically started shopping at Lowe’s afterward,” he told BuzzFeed.

After the news of him getting fired went viral on social media, many fans felt furious and were not quite happy how the American company handled it.

Sherwin-Williams found out it employed one of the few millennials who was truly passionate about their job and fired him for it. https://t.co/Vi9eumynk9

Great example of corp marketing chuds @SWPaintPros failing to understand digital marketing. “Not interested in your 1.2 million followers bc we can’t pitch them our current promotions”. I hope @glidden_paint or @BenjaminMooreCA or @BehrPaint just hire this dude.

Dumb move @SherwinWilliams. We’re all stuck at home right now staring at TikTok and our old paint. Fire the marketing person that passed on this.

Honestly, how dumb can a company be???

Despite Tony’s loss, a lot of support came from his fans in Instagram and TikTok.

“Hey man, I don’t know you but I just saw this video of you explaining your story on TikTok where you got fired and all. Things like that are a blessing in disguise and you made the right move on doing what you love, you have a big following on your back and you can do so much with it too. Keep doing your thing man, you earned my respect brotha!” one person said in response to his IG video.

Staying positive, Tony continues to grow his page so he could get a sustainable income out of it. Meanwhile, he’s currently working on a logo for his own website and hopes to sell his own merchandise and his own paint colors someday.