Follow us:
Steven Klein's 'Kate Moss Diptych' is estimated to fetch up to £60,000 or P3.8 million at Phillips London. Image: Phillips via AFP Relaxnews. 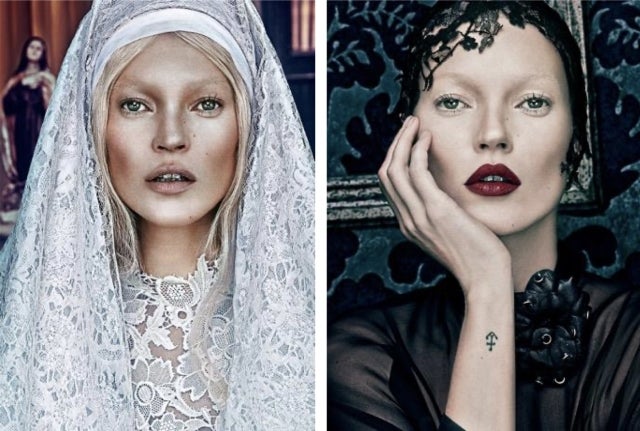 Steven Klein’s ‘Kate Moss Diptych’ is estimated to fetch up to £60,000 or P3.8 million at Phillips London. Image: Phillips via AFP Relaxnews.

The auction house will celebrate the decades-long career of renowned American fashion photographer Steven Klein with “Ultimate Steven Klein”, which consists of a selection of 24 unique Polaroids featuring Madonna, Prince and more.

The majority of works to be offered were created during editorial assignments for international publications like W, Vogue US & Italia, L’Uomo Vogue and Interview.

All shot with a Polaroid back attached to a film camera, these photographs acted as visual studies for what became his final published images, in which Klein often subverted notions of glamour, fame, and beauty.

“There is inherently a fragile nature to Polaroids and instant film compared to digital; this fragileness, this one of-a-kind exclusiveness creates an aura around the object of the photograph – a kind of fetish, a talisman. Talismans are magical objects,” Klein said in a statement. “Carl Jung said, ‘The meeting of two personalities is like the contact of two chemical substances: if there is any reaction, both are transformed.’ I think the viewer’s interaction with an image can be transformative as well.'”

“Ancient art and image making were perceived as belonging to the magical realm. This project before you is a demonstration of conjuring images from the void through the transmission of Light. Art ultimately is a way to make sense of the chaos we enter as humans,” added Klein.

Klein’s photographs will go under the hammer on Sept. 25 during the “Photographs” sale at Phillips London.

Estimated to fetch up to £60,000 (around $79,694 or P3.8 million) , “Kate Moss Diptych” was created by Klein exclusively for ULTIMATE, which is a platform promoting and selling exceptional photographs, photo-based works and video via Phillips.

Aside from hitting the auction block, Klein’s Polaroids will also go on view in Phillips’ London galleries on Sept. 19, marking the first time that this body of work is exhibited in Europe. CC