A man from Massachusetts, USA, has gone viral on TikTok for the ability to extend his thumbs.

Jacob Pina, 21, can stretch out his right thumb from its size of about 2 inches to 5 1/2 inches, according to Buzzfeed News today, Aug. 27. 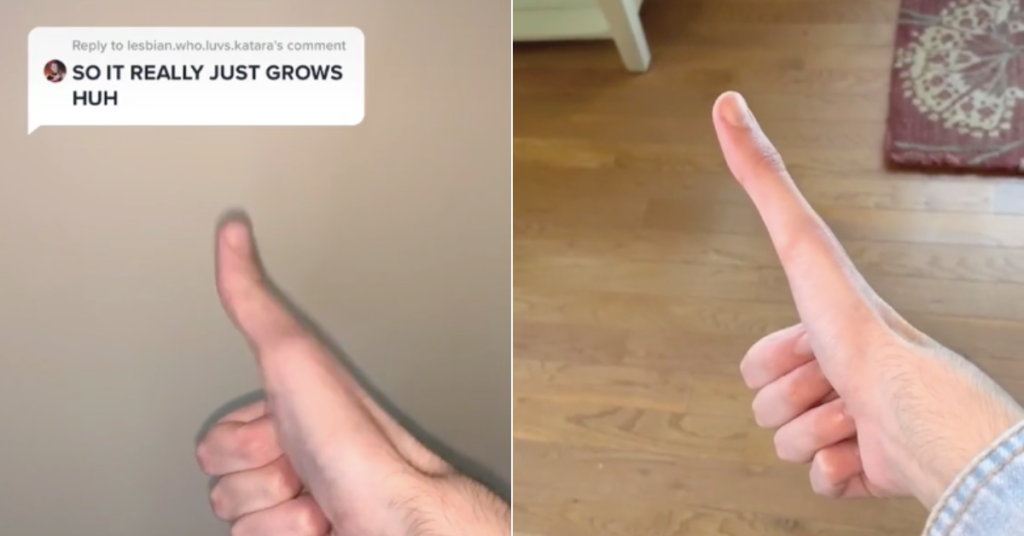 His left thumb can also extend, though it is 1 inch shorter than his right thumb, as he showed in a TikTok video today.

Pina has 1.1 million followers on the video platform where he answers curious followers’ questions about his thumbs, such as whether he has seen a doctor.

He learned that he could elongate his thumbs in first year high school, as per Buzzfeed. He does it by dislocating them so they appear longer.

“My doctor says it’s abnormal, but can’t officially link it to any known medical conditions,” he said. He has never felt any pain from it.

Pina has also demonstrated how his thumbs go back to their normal size, such as in this video.

“People have mixed reactions, like disgusted, freaked out or curious,” he noted.

It seems like Pina doesn’t mind and plays along with his unique gift, like in a video where he shows his thumb growing in a pot.

Two thumbs up for being a good sport!  /ra