Follow us:
Researcher Wouter van der Veen, scientific director at the Institut Van Gogh, shows a copy of the postcard (around 1905-1910) that enabled him to identify the location that inspired Dutch painter Vincent van Gogh for his last work 'Tree Roots' (1890), painted shortly before his death in Auvers-sur-Oise near Paris, France, July 29, 2020. REUTERS/Christian Hartmann

One postcard showing gnarled roots and tree trunks along a road in Auvers-sur-Oise, close to Paris, bore a remarkable similarity to the Dutch artist’s last painting, “Tree Roots”. A diagram showing Dutch painter Vincent van Gogh’s possible position in relation to the hillside in Auvers-sur-Oise when painting “Tree Roots” (1890) is seen in this handout picture released by the Van Gogh Museum on July 29, 2020. Image: arthenon/Handout via Reuters

The painting in vibrant blue and green is believed to be his last work, created on the day he shot himself, July 27, 1890.

Van der Veen, scientific director at the Institut Van Gogh in Auvers, told Reuters that early this year he had received a large collection of early 20th-century postcards from a 94-year-old woman in Auvers village. 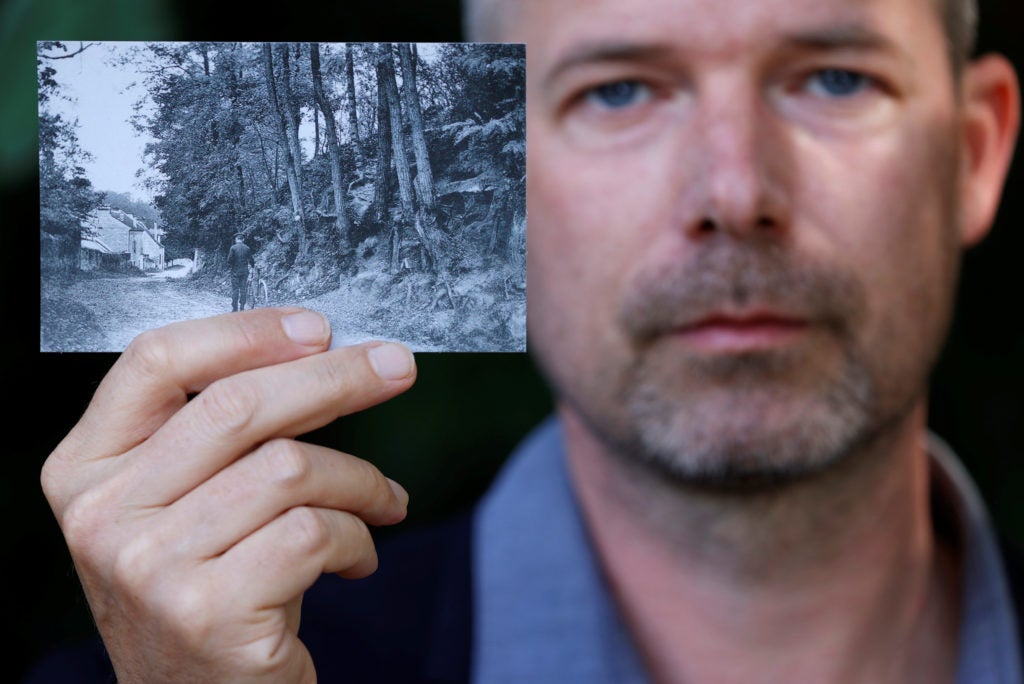 Researcher Wouter van der Veen, scientific director at the Institut Van Gogh, shows a copy of the postcard (around 1905-1910) that enabled him to identify the location that inspired Dutch painter Vincent van Gogh for his last work ‘Tree Roots” (1890), painted shortly before his death in Auvers-sur-Oise near Paris, France, July 29, 2020. Image: Reuters/Christian Hartmann

“Like everyone else in France, I was in lockdown and used that time to digitize the postcards, when I recognized the outlines of the tree roots on the card. It was in black-and-white, but the shapes were the same,” van der Veen said.

He sent his findings to colleagues at Amsterdam’s Van Gogh museum, where the painting hangs, which agreed the postcard of rue Daubigny — 150 meters from the Auberge Ravoux inn where Van Gogh died — likely shows the location of his last painting.

“The proposed place has a very good chance of being the right one in our view. It is a beautiful discovery,” said Van Gogh museum researcher Teio Meedendorp in a joint statement with the Auvers-based Institut Van Gogh.

His colleague Louis van Tilborgh, art history professor at Amsterdam University, said the museum initially was cautious, but that the trees’ outline, the location near the inn, research by a tree specialist and letters from Van Gogh relatives all converge to identify the spot. 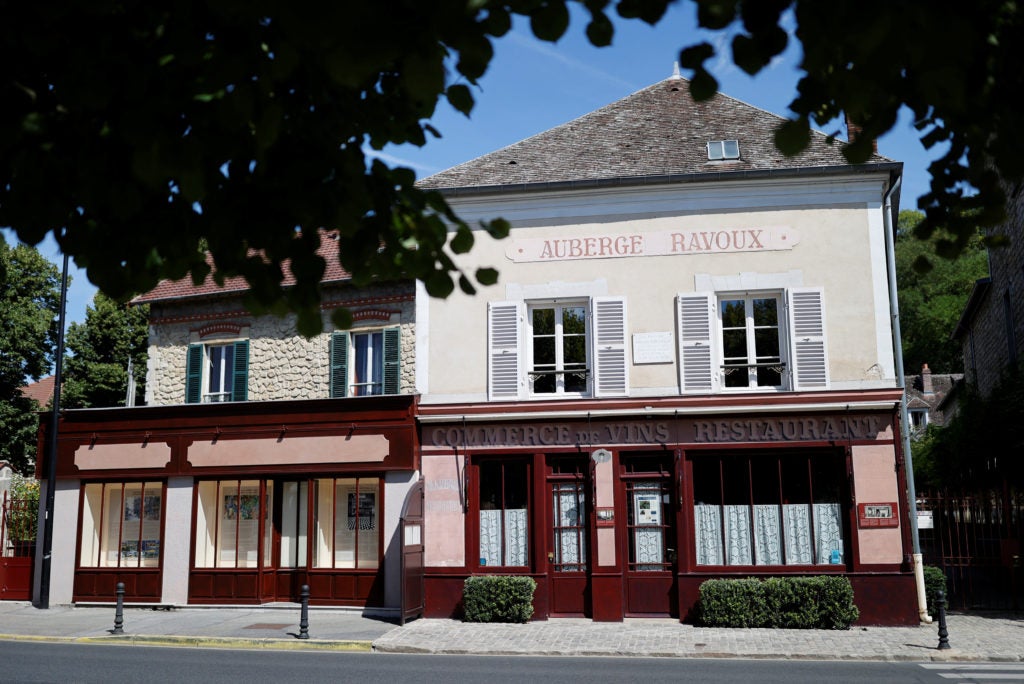 The area has now been fenced off for protection and will be made available for public viewing later.

Van der Veen said the painting’s theme of coppiced trees seems to be a message from Van Gogh, a farewell note in color about death and regeneration.

“When you chop firewood from a trunk, new growth sprouts. His message was that his work was done. Later that day, in cornfields nearby, he shot himself in the chest,” he said. NVG