Jingle Magazine: Striking a nostalgic chord to our long-lost childhood

If our present identity and future aspirations are fashioned by the past, then the distinctive character of the 70s and 80s generation was greatly influenced by the songs we listened to, the clothes we wore, the books and magazines that we once read. Cultural identity, being a sum of what has largely influenced us once, makes us look back and rethink those seemingly insignificant stuff that has made a big impact on our lives.

The recent demise of Jingle Magazine’s founder Gilbert Guillermo has put us all on a momentary pause, then sent our minds reeling into full rewind. Instantaneously, we remember how this chord book has significantly shaped our lives and inspired our tastes in music, artists, the instruments we learned to play, and how it molded the evolution of the Philippine music journalism’s journey. Guillermo was 74. 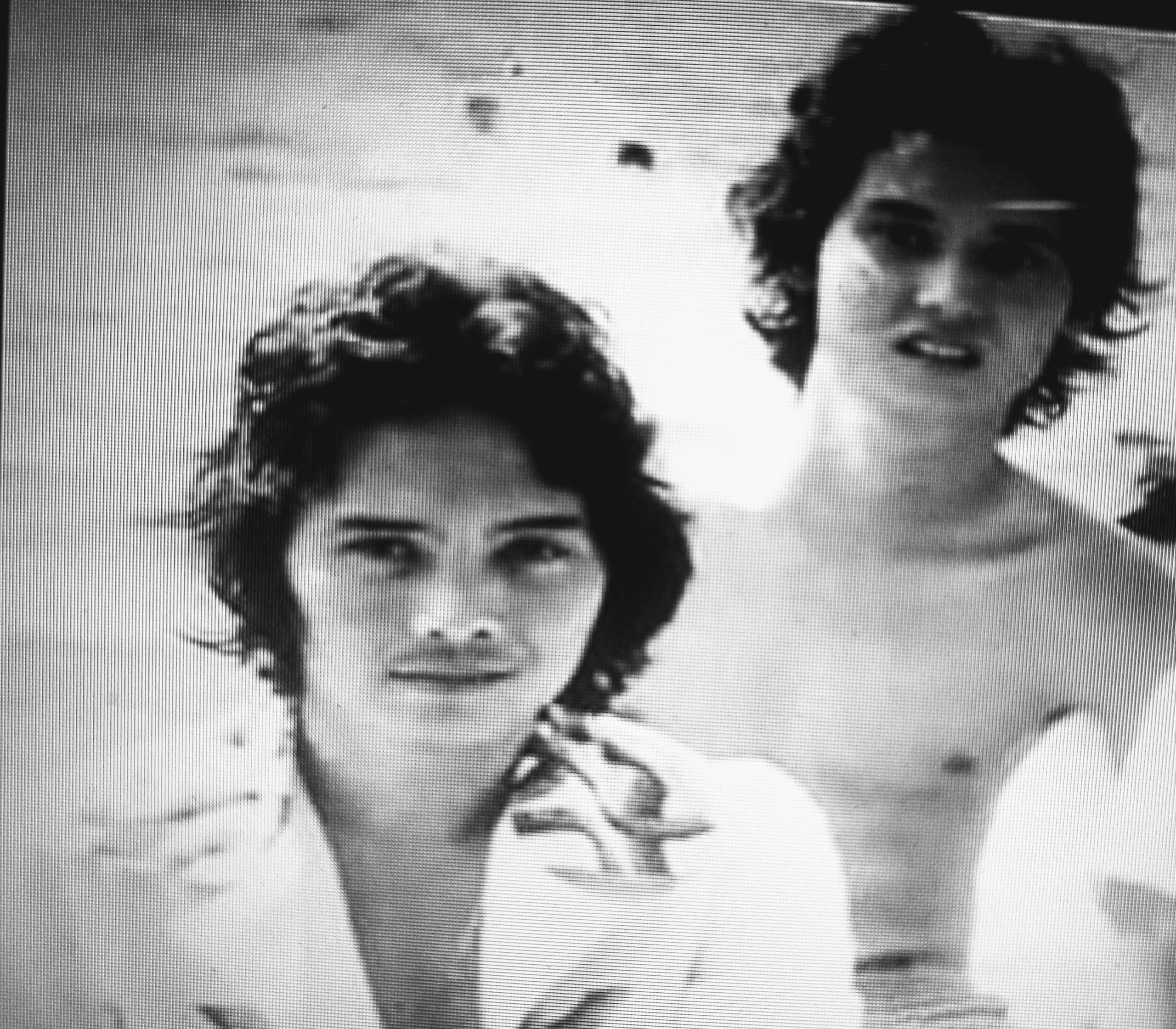 Jingle, as its name suggests, connotes music. It’s a coming together of notes and strains to make a sound. Jingle Magazine gave us more than just lyrics of our favorite songs, and chords which taught many us to play the guitar, but it also definitely made quite a distinguishing sound during its reign. Its Grin Page made us laugh, some news features awakened patriotism within us, and the record reviews opened our eyes about the richness and intricacies of folk, rock, and country music. Earlier issues would also have poetry, highlights about OPM, cartoons, and in-depth issues among many others. Jingle magazine played a crucial role in the Philippine music industry when it was first launched in 1970—the time of cassette tapes, vinyl records, and Betamax. The genius Guillermo then was only 24. 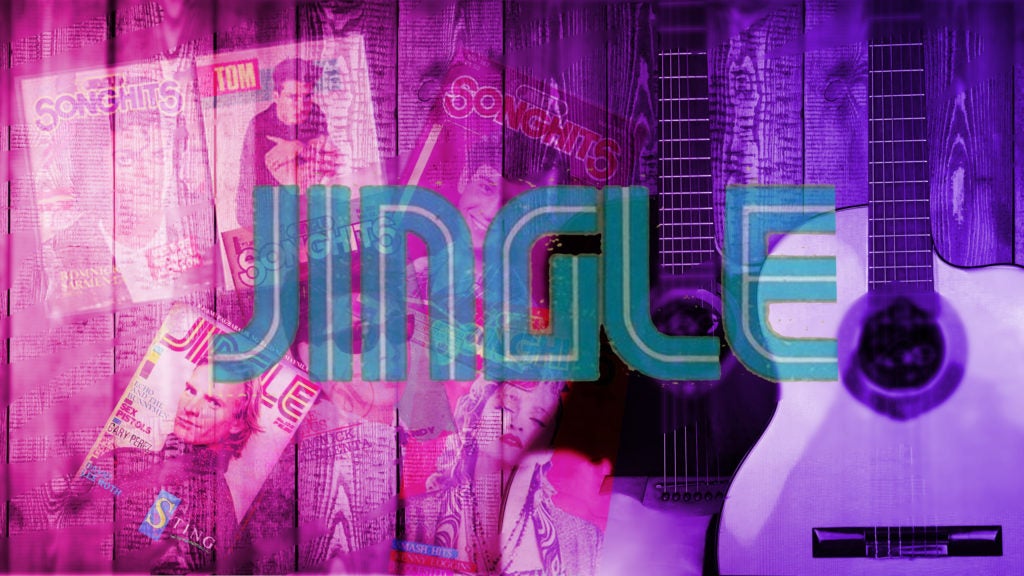 I was in Grade Three, my brother had the first and only newsstand in our quaint community. We carried all the old broadsheets, magazines, comics, foreign glossies, and yes, Jingle. I remember how happy I was when Jingle Magazine arrived twice monthly, with the bulk of newspapers. I already knew I was different because while my classmates bought Teen Beat, Tiger Beat, and Solid Gold magazine, it was only Jingle for me. My copies were for free since I always assisted my brother organize the dailies and watched over the stand when he would do something else.

I would run to the attic (my sanctuary then), start smelling its pages (as soon as I unwrapped—nay, ripped–the cellophane cover of Jingle, fresh off the press), reading the feature stories that introduced me to The Beatles (when they featured the Fab Four, at the height of Beatlemania, on its cover), and more of the best foreign bands, plus local artists like Lea Salonga. I also loved the freebies they gave away! Mine was a David Cassidy poster that I hung in my room alongside with the frameable quotations from the magazine. I would laugh at the Grin page and yes, I would pick up my sister’s guitar and painstakingly follow the chords and sing along, just like every person who learned to play the guitar, pre-YouTube.

Later, I discovered that Jingle chordbook was born in San Juan, moved to their simple headquarters in Cubao, then settled along 7th Avenue. Guillermo’s original team (they call “Jingleclan”) included Cez Rodriguez, Eric Gamalinda, and Pennie Azarcon dela Cruz, among many others, all now pillars of journalism. And because Martial Law was declared just two years after the magazine was launched, and people were trying to use music as a release for their progressive agitations within, Jingle provided that much needed refuge of sorts. People got engrossed with the lyrics and chords of the then Philippines’ Top 40, and savored the extremely informative features of most of the rock and other iconic bands of that era like the Queen, Fleetwood Mac, Rolling Stone, Rod Stewart, Carpenters, Barry Manilow, and the top entertainment icons of the country like Sharon Cuneta, Nora Aunor, Freddie Aguilar, Heber Bartolome, Apo Hiking Sociiety, Maria Cafra, Coritha, Asin, and more. 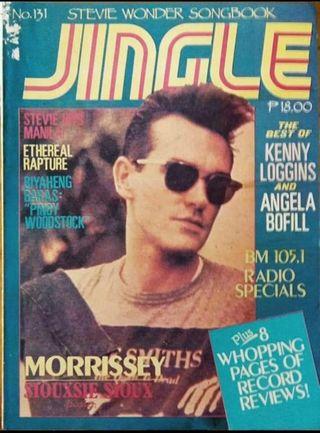 But as I recall, it was reported to have published seemingly subversive articles and protest songs, so the editorial staff was invited to Camp Crame and the magazine was compelled to close down. It however resurrected with a new name, Twinkle and in 1976, regained its original name, Jingle. It continued to carry feature articles, chord guide, poetry, album reviews, well-chosen songs with lyrics, commentaries that made the 70s the renaissance of Pinoy rock with Sampaguita, Florante, Juan dela Cruz bands at the forefront, as featured by Jingle Magazine. 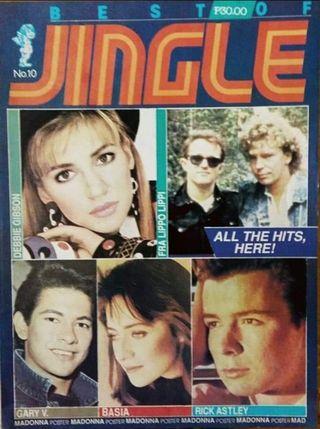 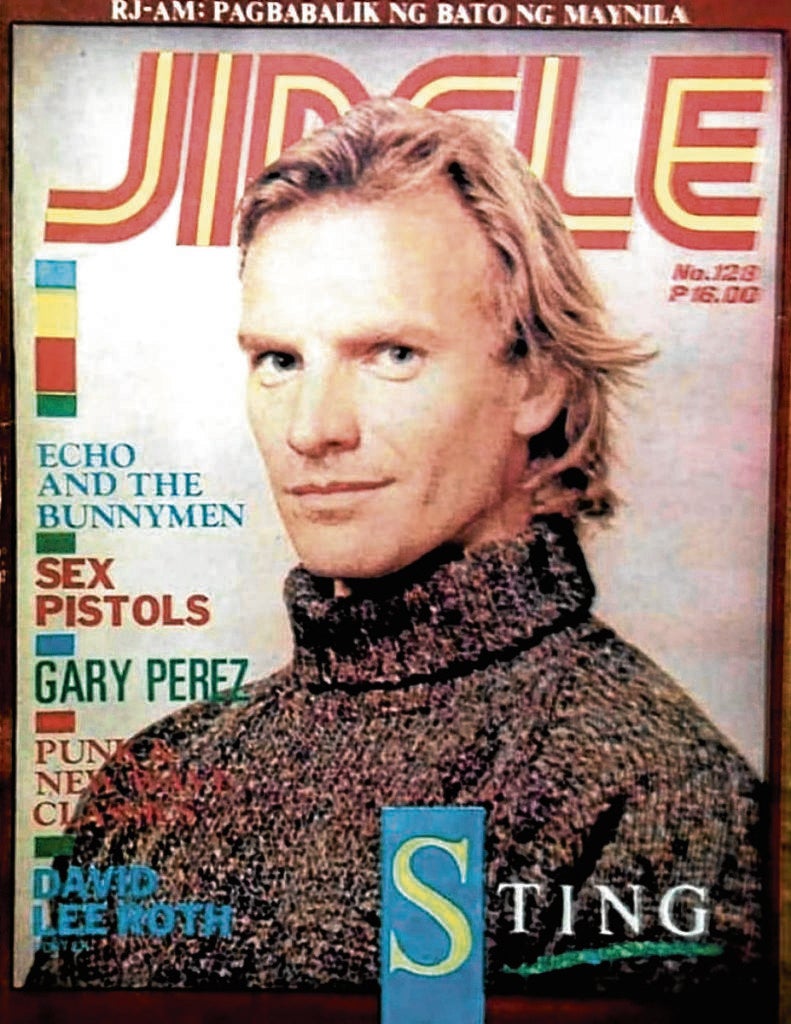 Through the 80s, it continued to flourish as the storyteller of our times. It also came out with weekly special series showcasing notes and keys for piano ang keyboard players, Jingle Extra Hot, Jingle TV Guide, and Jingle Sensation Movie magazine for entertainment buffs, Jingle Champ Sports for the outdoorsy, sporty fans, and occasionally some collector’s item editions. The time they had The Beatles on the cover changed the image of the magazine, with up to five reprinting of the issue, enthroned it as an all-time iconic element of the 70s pop culture forever.

Pages that rocked and rolled our lives

The iconic magazine’s logo was of an outwardly embarrassed cherub they smartly named “Chordian Angel” taking a pee. Jingle is also a Pinoy street lang that means “to pee”. It had only chapters and no edition dates printed and when the first copy (which had Paul McCartney on the cover) was launched, it was considered pricey at P3.00 but it was sold out.

When it breezed through the 70s because of its unforgettable pages which included chords and lyrics (sometimes even songs with subversive undertones), the compilation of green jokes sent in by the readers (Grin page), Rhythm and News which is mostly music and entertainment news, Bongga at Boquilla showcased the readers outbursts and raves, a little poetry section, honest-to-goodness and fearless reviews by the Chordian Angel. The more angel printed at the end of every review, the finer the artist or the song. Everyone knew then that a stinking review of any music or song would mean a horsefly (bangaw) at the end of the article.

Countless artists recently paid tribute to and shared their sentiments about Guillermo’s passing, and recalled how Jingle Magazine powered their passion for music even more. Raymund Marasigan confessed that the 30-minute ride to San Pablo or Lucena he had to take then, just to get his hands on every issue, fired up his love for music, enough to pursue it. Remember his band Sandwich’s ‘Betamax’ song that said “sa Jingle Magazine natuto mag gitara, sinipra ang mga kanta sa cassette at plaka”?

The Dawn’s Francis Reyes, Chino Singson of the Itchyworms, and even Myrene Academia of Imago admitted that they too, learned how to play the guitar, how to be a critical thinker, and eventually how to write songs and perform them, all because of Jingle. Ordinary people like myself and the rest of the baby boomers and Gen X’ers are living and breathing testimonies about how Jingle fashioned our love for music.

One of them is physician, biker, and musician, Dr. Armando Lee who swore his love for Jingle when he first got hold of red Jingle Magazine that featured The Beatles. “I was 10 years old and my favorite memory of it was when I started playing the guitar, with the help of the chord page, giving ready reference. I still have my first copy until now, along with a dozen issues at home,” Lee said. He used to play music during events pre-Covid but right now, he and sings at home, in between work breaks, with his son who plays the violin.

It is noteworthy how Jingle Magazine has become the proverbial bible for people who wanted to learn how to play the guitar or piano, sing along to their LPs and radio station music using the lyrics by Jingle. The advent of Betamax, Karaoke, disco mania, ever-increasing price of the magazine (P40), and with the Marcos downfall the year before, Jingle magazine delivered its swan song with the last chapter in 1987, 17 years after its inception.
In 1992, publishers attempted to do a second run of the magazine, with Grace Nono and Joey Ayala on the cover but somehow, it just didn’t resonate with today’s generation. It never reopened after that. Nowadays, avid collectors still have their stash in mint condition, wrapped in plastic and tucked away at their dark closet’s treasure chest. Others claim theirs weren’t saved because of termites, fires, or floods. The rest resort to buying from vintage stores, bidding from fellow collectors, and scouring the internet for any available back issue. The Gen Z could only see the familiar Chordian Angel logo or snippets of its pages in the internet, but they will be unable to share the same emotions we have then, and now, as we reminisce.

The symphony of the soul

With passing of Guillermo, Jingle geeks once again started talking about the magazine, sharing soulful experiences with each other, making it a sort of an invisible tie that binds. As a tribute to both Guillermo and his genius masterpiece, writer-director and a self-confessed Jingle enthusiast himself, Chuck Escasa’s did a video-documentary entitled “Jingle Lang ang Pahina” (a catchy pun based on the famous Filipino street slang “jingle lang ang pahinga”) which retraced the story of Jingle Magazine, a small indie publication, its ragtag clan, highlighting how it survived the snags and hitches of its time, but also, how it lingered in the hearts and minds of people it has touched until now.

There are plans of doing a Jingle Coffee Table book and annual Jingle Art Fair with perhaps a little concert as the magazine celebrates its 50th anniversary. It was earlier planned to bring everyone together who have worked for, contributed to, or were inspired by the legendary Jingle magazine. Too bad, the pandemic crisis has put it temporarily on hold. Too bad, Guillermo didn’t live to see it.

If he did, he would see horde of artists, musicians, doctors, writers, engineers, teachers, and every single person flocking to that place, sharing all-too familiar stories on how they started playing the guitar, or how they’ve achieved their passions and musical dreams evidently because of this beautiful memory of the Jingle era.

Guillermo may have went ahead but his legacy lives on along with the music we hum in our hearts to this day. He is with his Chordian Angel now and with the other cherubs now, probably singing songs of joy (with a Jingle in hand, perhaps?) because he knows that the music hasn’t died in us. No, it is too good to let go. We only have to look inside our hearts to find our Jingle magazine there…the memory of which, we will certainly remember for a long, long time.

The Curious Case of Judiel Nieva

Un-happy birthday to you, Coronavirus