International brands are refusing to advertise on Facebook for a whole month after pledging to support the #StopHateForProfit movement, as a form of protest against the social media platform’s response to hate and misinformation.

For 82 years, we have put people over profits. We're pulling all Facebook/Instagram advertising for the month of July. #StopHateForProfit

Brands such as North Face, REI, Patagonia, and Upwork have already signed the pledge, which was started by civil rights groups including the National Association for the Advancement of Colored People, the Anti-Defamation League, and the Sleeping Giants, which is an activist group that organizes advertiser boycotts against right-wing media.

Patagonia is proud to join the Stop Hate for Profit campaign. We will pull all ads on Facebook and Instagram, effective immediately, through at least the end of July, pending meaningful action from the social media giant.

Upwork is hitting pause on hate with no Facebook advertising in July. #StopHateForProfit

Facebook has been heavily criticized recently following a series of decisions that seemed to favor right-wing propaganda.

Moreover, Facebook also made The Daily Caller, a website founded by Fox News’ Tucker Carlson that’s known to have worked with white nationalists, one of its Facebook-approved fact checkers.

“Could they protect and support Black users? Could they call out Holocaust denial as hate? Could they help get out the vote? They absolutely could. But they are actively choosing not to do so,” the #StopHateForProfit website noted.

“Let’s send Facebook a powerful message: Your profits will never be worth promoting hate, bigotry, racism, antisemitism and violence.” 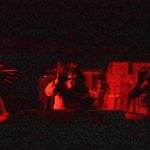 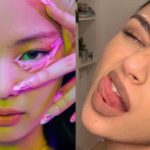