“Don’t mess with bees” is always an understatement by teachers.

Aside from their ability to inject venom into their victim’s skin, these flying insects also know how to defend their hive against intruders through an oddly satisfying wave.

Dubbed by biologists as the “shimmering” or “Mexican wave,” this technique is actually a collective defense behavior among giant honeybees. When being attack by a predator, a large number of bees will gather on the surface of their colony and flip their abdomens upwards to create a ripple effect—which is reminiscent of the Mexican waves seen in football stadiums.

The National Geographic reported that the moment these bees participate in the wave, wasps and hornets immediately halt their attacks and flee the scene.

On Twitter, online users couldn’t stop themselves from hitting the replay button of this footage showing bees in defense mode. The video, which now has 73,000 likes and 24,000 retweets, was recorded in Vietnam.

To defend against wasps, bees create a defense wave known as shimmering. Participating bees need to respond with perfect timing when it's their turn to shimmer. It’s unclear why wasps are intimidated by shimmering, pic.twitter.com/wCSGYG0znt

Mesmerized by how these bees hold their formation, some Twitter users commented, “It’s amazing what organisms can do in a group. From fish, insects, and birds. It’s like they all combine to become one single organism. It’s astonishing,” to which another person replied with, “Beehives and ant colonies are probably the most clear-cut examples, though flocks of birds and schools of fish def have some similar characteristics.”

Over the past 15 years, the population of honeybees has been declining due to loss of habitat and poor management practices. Scientists continue to remind beekeepers to avoid using pesticides and pests (varroa mites) in controlling the environment of the hive. NatGeo cited that billions of these insects across the world are leaving their hives for some unknown reason. Meanwhile, in some regions, about 90% of bees have already disappeared. 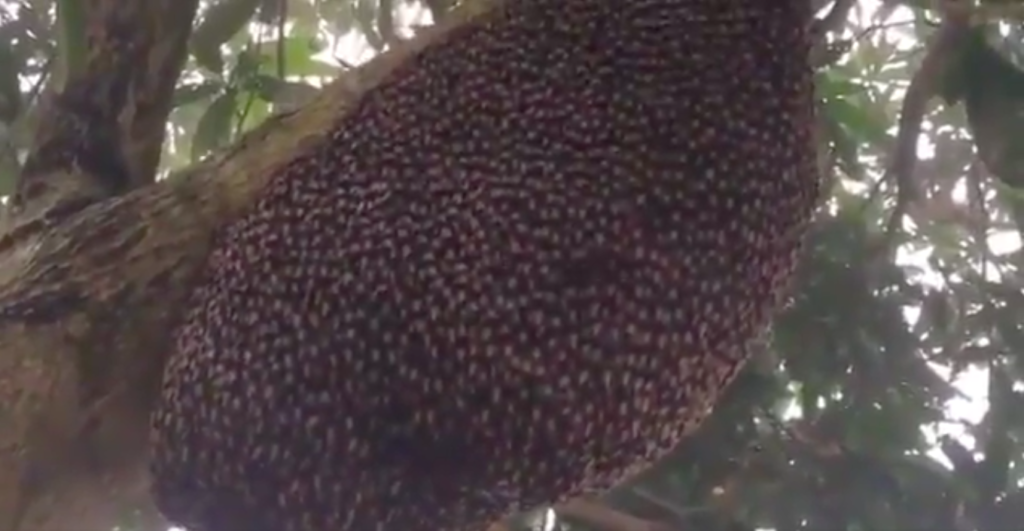 While the majority of those who watched the video felt “hypnotized” by it, some admitted that it frightened them a lot.

Well, here’s hoping the wasps might be feeling the same.