‘Type Amen to heal our country’: Some people pray to edited photos of celebs as patrons of healing

We’re only halfway through the year but a lot of things have already happened – unimaginable scenarios we never thought we would have to live out. While many are trying to keep a positive outlook in life amid a global health crisis, it’s normal to feel strung out, exhausted, and even hopeless sometimes.

For some people, prayers and their faith in God are what keep them together, especially during these uncertain times. But what if our inability to discern erroneous or modified truth online reflects how blindly we hold on to our faith sometimes, not just in God or in religion, but also in the leader of this nation?

In several posts shared on various public Facebook groups dedicated to Senator Bong Go and President Rodrigo Duterte, some members have not noticed what’s wrong with this picture of “Mama Mary” before commenting “Amen”. 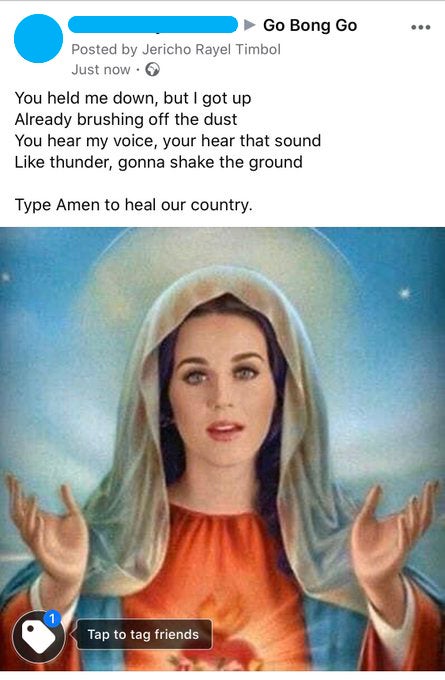 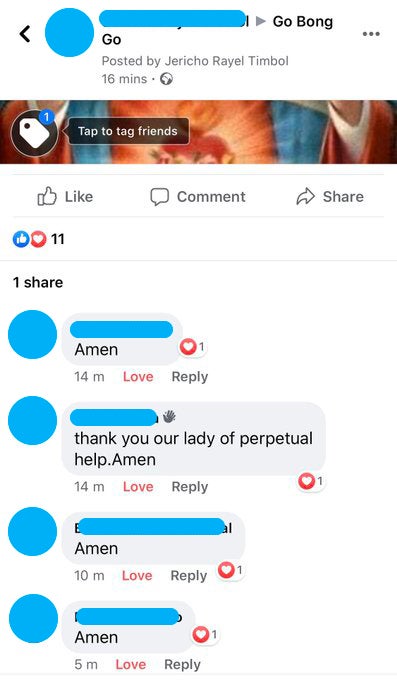 Clearly, the photo is an edited picture of Katy Perry and the caption is the lyrics to her 2013 hit song, “Roar”. This might have been a classic “troll baiting” move or just to see if any of the members of the group would fall for that post.

The same thing happened to this edited Lady Gaga photo, but honestly, we can’t really blame those who commented “Amen” to her photo. After all, Lady Gaga once said that there are only three men that she’ll ever serve her whole life – it’s her daddy, and Nebraska, and Jesus Christ! 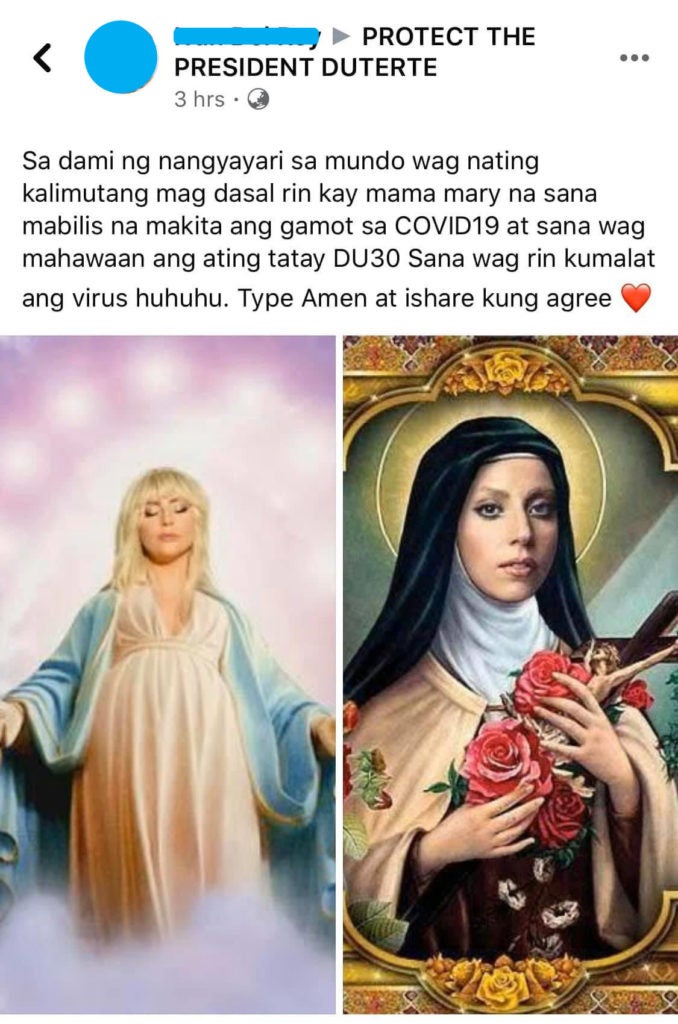 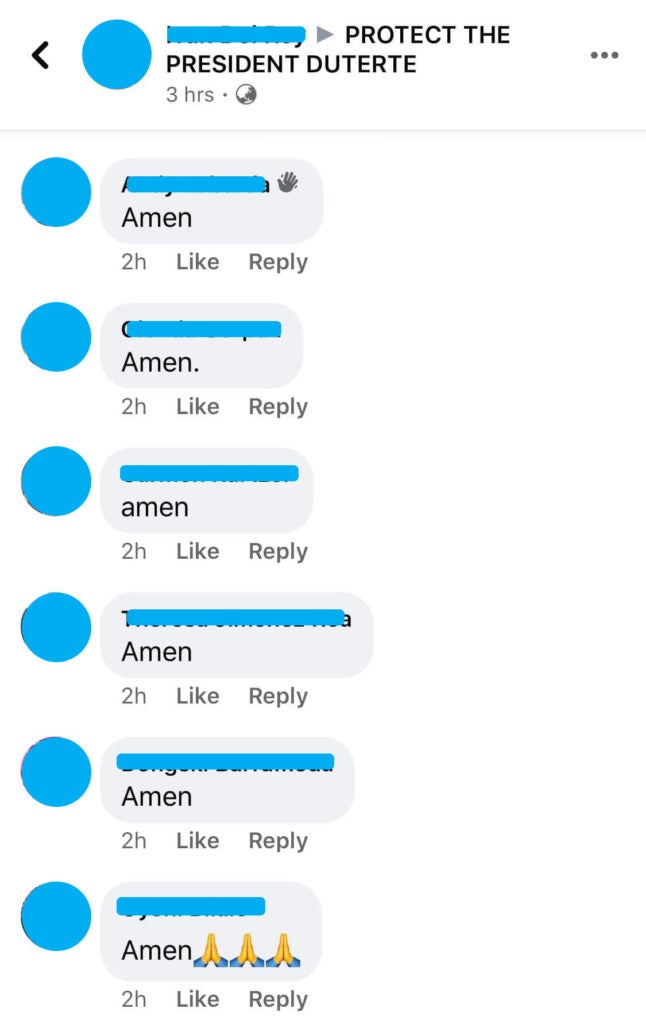 We’re only today years old when we found out that Kim Kardashian is now the “Queen of Healing”! She’s come a long way. No wonder her son is Saint. 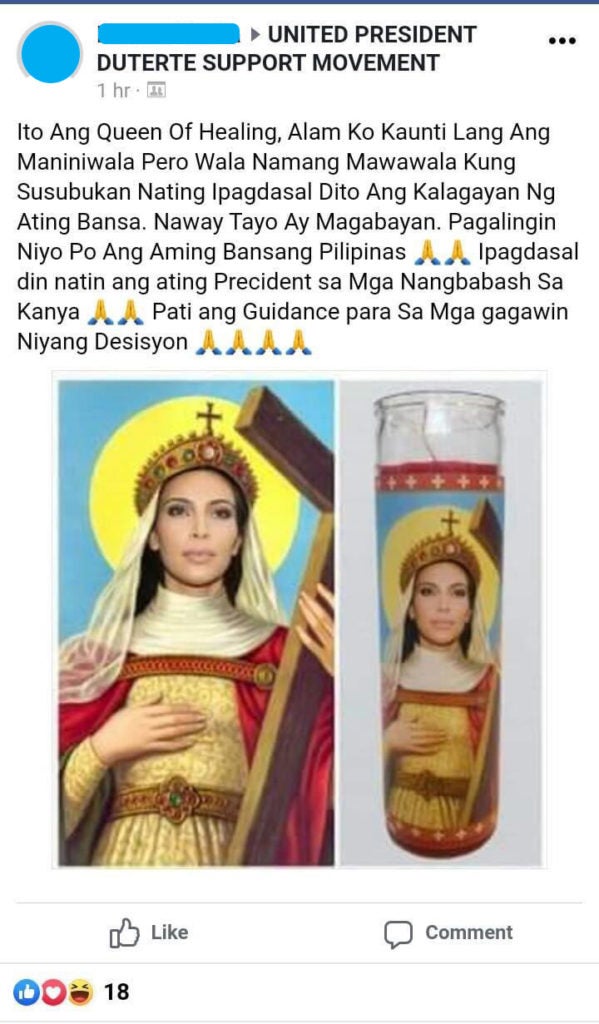 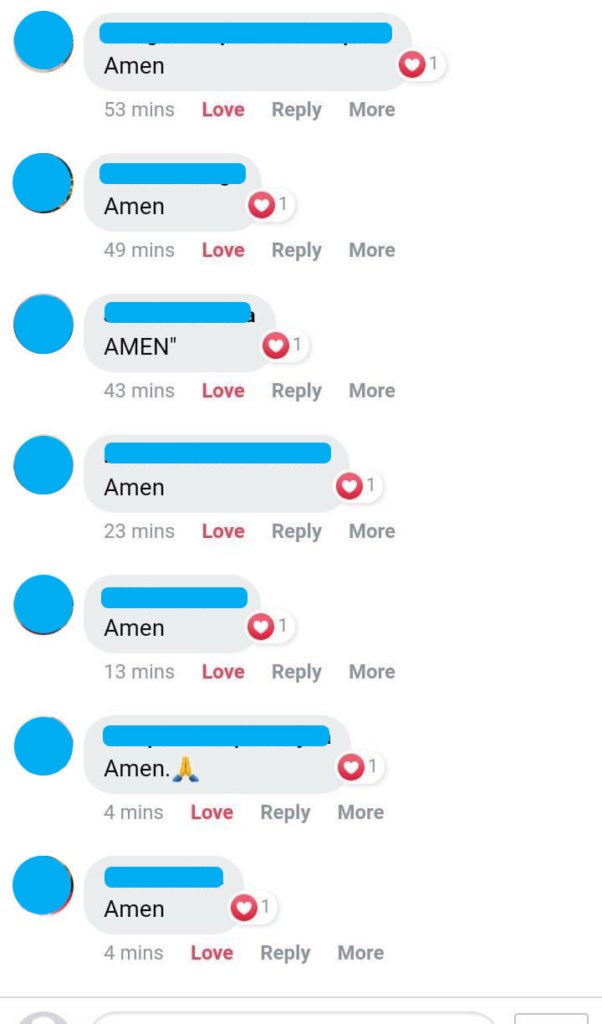 The only truth here is that it’s easy to get deceived online and it’s our responsibility to check whether what’s been being fed to us is true or not. At this point, a prayer or a simple “Amen” might ease our worries as we battle a pandemic, but a mass testing in the country is what will help us defeat it.