No Potterhead experience is complete without a visit to the Wizarding World of Harry Potter theme parks in either Japan or the United States. However, because of the recent spike in positive COVID-19 cases around the world, these amusement parks have temporarily closed down to avoid further contagion.

But all hope is not lost for witches and wizards in training.  Thanks to the internet, you can now journey through Hogsmeade, visit Ollivander’s Wand Shop, and even experience–in the first person point-of-view–the Harry Potter and the Forbidden Journey ride, all in the comforts of your own home.

So, prepare your broomsticks and get ready with your homemade butterbeer because you’re not going to want to miss this Potter-iffic adventure!

Travel to Hogsmeade through the Hogwarts Express

Every Hogwarts student knows that before they can begin their studies, they must first visit Hogsmeade to purchase their supplies. In this video, you will first enter King’s Cross station, ride the Hogwarts Express, and arrive at Hogsmeade. You might even see some familiar faces from the movie on your travel there!

Enjoy this scenic stroll through Hogsmeade

Get to visit the Three Broomsticks eating establishment and marvel at the facade of the Hogwarts School for Witchcraft and Wizardry in this walk-through video of Hogsmeade.

See a wand get chosen at Ollivander’s Wand Shop

Just like in the first Harry Potter movie, viewers will get to see the process of a wand being chosen in this reenactment scene.

Join Harry, Ron, and Hermione on a special mission at the Harry Potter and the Forbidden Journey ride

Like an actual amusement park experience, this video will begin with you lining up and placing your belongings in the lockers. Then, viewers will be taken to the ride itself–wherein they will join Harry, Hermione, and Ron on a special mission. Beware because this video contains a fire-breathing dragon, giant spiders, and even dementors. 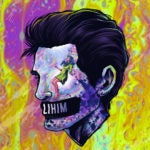 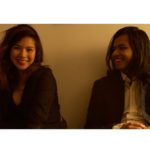