One mother from Vermont, USA, helped raise over $7,000 (around P360,000) to support school janitors who risked exposure to COVID-19 in order to clean a school.

Public schools in the town of Williston were shut down for sanitation after it was discovered that a school staff might have been exposed to COVID-19, according to TODAY on March 14. The report did not identify the name of the school, but Brooke Thomas, a mother to four children, saw a discussion about the school’s closure in a Facebook group for parents. Thomas initially commented, saying the town’s custodial team deserved recognition for ensuring the schools were clean and sanitized, adding she was thinking of an initiative to thank them in her own way.

“They were potentially exposing themselves to this virus and to harmful chemicals,” Thomas said in the report. “I think the comment made everyone realize that those were the people going right into it. That kind of started it.”

The initiative came in the form of a fundraiser, which was organized by Thomas on Facebook. There were about 600 people in the Facebook group for parents and she figured that perhaps some members would give a few dollars for support. Her initial aim was to raise $200 (approximately P10,000) for the janitors, but she did not expect her fundraiser would get enough attention to surpass it.

“I didn’t realize that when you make a fundraiser like that in a private group, people can post it to their personal pages,” Thomas said. “It just kind of took off. It’s a lot easier to spread kindness right now and be mindful that everyone’s in the same boat.”

By March 13, Thomas’ fundraiser had raised more than $7,000 (around P360,000) and garnered a positive response from the school and community. Now, she and her fellow parents are working together to find the best way to distribute the money to the janitors.

Thomas has since kept her fundraiser open and hoped similar initiatives would become viral across the United States.

“A friend of mine started her own fundraiser in Massachusetts,” Thomas said in the report. “My hope is that this act of kindness will go viral across the country… I think these good-hearted, kind things are what people need right now.”  /ra

Landlord suspends April rent, asks other landlords to be considerate amid COVID-19 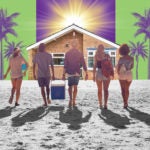 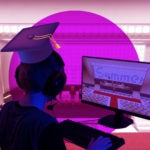