Elderly man ‘working’ at convenience store for 30 years paid in coffee, bananas instead of money

A 95-year-old man from Virginia, USA, has been “working” at a 7-Eleven store for the past 30 years where he is paid with coffee and bananas instead of money.

Orin Gilbert Jr., fondly known as Mr. G by the locals, comes to the store six days a week, or from Monday to Saturday, according to The News Leader via USA Today on March 4. Upon arriving, he first checks on the coffee bar before moving on to the storage room where he assembles cardboard pizza boxes, and then the refrigerators where he arranges bottles.

Although he isn’t considered an actual employee, Gilbert dons the store’s hat and jacket. He is not paid with money but coffee and bananas, yet continues to show up at the store every morning.

“They got behind a couple [of] times, so I said, ‘Well I’ll start doing it.’ I just helped out where I could,” Gilbert said in the report. “It’s just seeing the people and talking to them. I know a lot about them and what’s going on in their families. You learn a lot about people who come in here, like what their kids have accomplished.”

Gilbert has been living alone ever since his wife passed away a couple of years ago, although his son and grandson live nearby.

Tim Swortzel, the store owner, considers Gilbert a part of the family and checks on him whenever he fails to come to the store.

The locals, too, notice when Gilbert is not around. Rick Sizemore, a regular customer at the store, said he sees Gilbert almost every morning when he stops by to get his caffeine fix.

“I love this guy,” Sizemore said in the report. “He is what we all hope to become. He’s a well-respected community leader.”  /ra 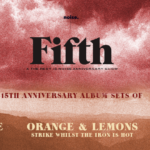 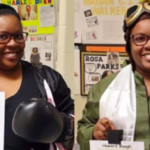