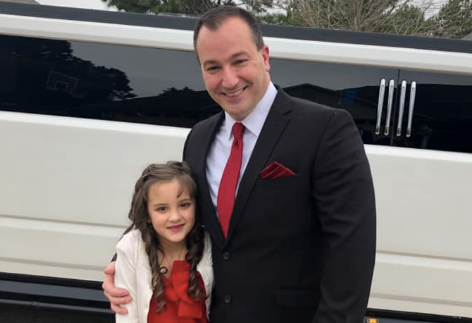 One school resource officer from Arkansas, USA, decided to take an 8-year-old girl to the school’s father-daughter dance after her own dad passed away.

School resource officers are trained police officers who work in schools to ensure the safety of the students and staff, but Nicol “Nick” Harvey of the Central Elementary School in Van Buren went above his duty by standing in as a dad to 8-year-old Avey Cox, as per TODAY on Feb. 18.

Harvey felt a bit sad when he saw posters about the school’s father-daughter dance, knowing full well his three daughters are now all grown up and he would have no one to take. However, Van Buren police chief Jamie Hammond suggested to his school resource officers to step in for students with no father figures, thus giving Harvey the opportunity to meet second grader Avey. Avey’s dad, Corey Cox, passed away on Jan. 6, as per the report.

“They were very close,” Angelia Bernard, Avey’s mom, said in the report. “Avey wanted to go to the dance, but didn’t have anyone to take her.”

After getting approval from Avey and her mom, Harvey got to work and planned to make the school dance a memorable one for Avey.

“I bought a new tie and handkerchief to match Avey’s dress and I ordered a corsage,” Harvey said in the report. “Every time I saw her at school, she’d remind me of how many days it was until the dance.”

Five other dads also wanted to make the dance an unforgettable moment for Avey and chipped in to rent a Hummer limousine for the dance, which was held last Feb. 10. The dads also treated the students to dinner after.

Harvey shared photos from the event via Facebook and can be seen, in one picture, putting a corsage around Avey’s wrist.The two also shared an ice cream after the dance.

“I am blessed to have been placed in a position where I get to have moments like these,” Harvey wrote in his post. “Tonight, I had the absolute honor of escorting this amazing and beautiful little girl, Avey, to the Daddy-Daughter Dance.”

I am so blessed to have been placed in a position where I get to have moments like these. Tonight, I had the absolute…

Meanwhile, Bernard has shared that her daughter has not been able to stop smiling ever since the dance.

“It was such a bright spot in the hard month we’ve had,” Bernard said in the report. “Avey keeps saying it was the best night ever.”  /ra