When Bong Joon-ho’s black comedy film about two families of different social classes premiered at the 2019 Cannes Film Festival, it blew away the jury. “Parasite” won the prestigious Palme d’Or with a unanimous vote. It has since made its theater rounds around the globe receiving glorious reviews from film buffs and simple movie-goers alike. By the end of the year, “Parasite” had been considered as one of the best films of 2019 by many critics. 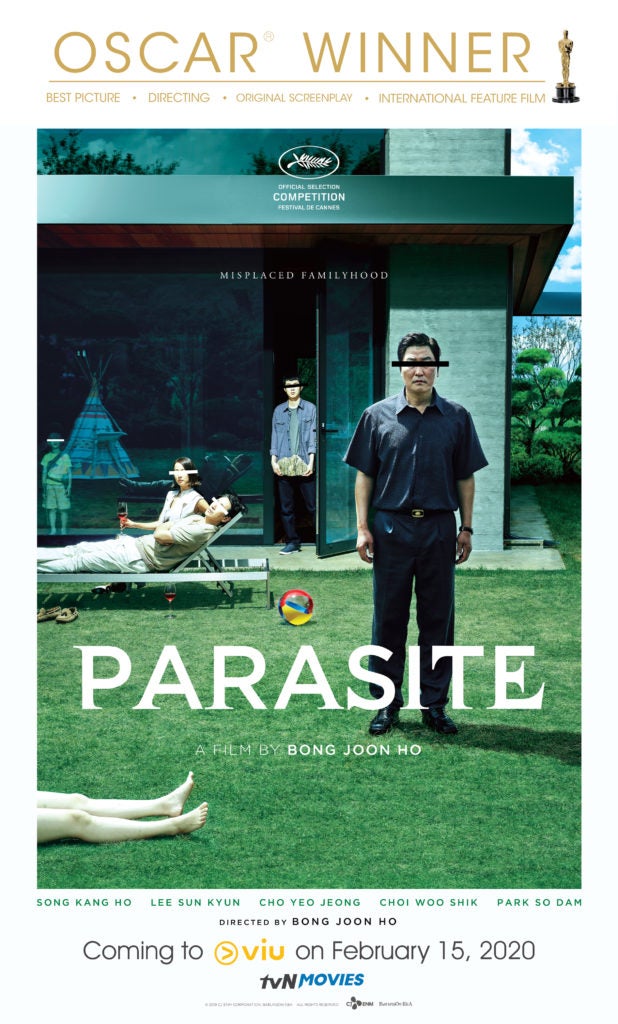 On its road toward the Oscars where it gained 6 nominations, “Parasite” has been gathering awards left and right from film award-giving organizations from around the world including Golden Globe Awards, Screen Actors Guild Awards, and British Academy of Film and Television Arts Awards. But of all the awards, the Oscars is the most coveted and “Parasite” grabbed four awards: Best Screenplay, Best International Feature Film, Best Director, and Best Picture.

If you didn’t catch the movie in cinemas last October, you can watch it on Viu, the go-to streaming platform for the latest Korean and Asian dramas and variety shows. The Viu app is available for FREE on the PlayStore and AppStore or access it on your browser at www.viu.com. The highly acclaimed film “Parasite” will be available to Viu Premium Subscribers beginning February 15.

You can get your Viu Premium subscription for as low as Php29 for 3 days. Upgrade to Premium through in-app purchase or credit card. If you prefer charging your subscription to your mobile load, you can upgrade via Globe. For online shoppers, subscriptions are also available on Lazada and Shopee.

Redefine borders and explore your limits in ‘D’ERIVE’