A 103-year-old woman from Minnesota, USA, is using her passion for music to play piano for her fellow elderly in their assisted living facility.

Ruth Everson, a resident at Stearns Place Assisted Living in Paynesville City, puts on a piano recital every day at lunch time, much to the joy of the other elderly residents, as per CBS-owned WCCO-TV on Feb. 2. Everson has been playing the piano since she was 5 and went on to become the first organist of the Paynesville Lutheran Church in 1938, as per the report. She is also a doting grandma who has taught her grandchildren and great-grandchildren to play the piano.

“You meet a lot of people playing the piano,” Everson said in the report. “And I’m a people person. I like to be happy.”

Everson plays the piano from Monday through Sunday and receives song requests from the residents in the facility. Ken Hanson, Everson’s son, said her music has brought joy to the other seniors.

“When she plays the songs that people know, there are smiles on their faces and you can see that they are enjoying the music that they remember,” Hanson said.

Through the years, Everson has become a musician and therapist to her fellow residents and also lends a listening ear when they need to talk about their problems. As per the report, Everson is also invited by them when they know it is their time to go.

“People will say they want a certain song played when they are passing away. It makes them happy,” she said. “You make people happy and I like to be happy.”  /ra 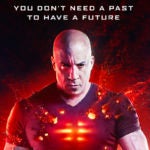 Vin Diesel is Ready for Action in the New ‘Bloodshot’ Poster 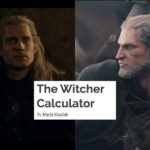