Editor’s Note: In light of recent concerns, the InqPOP! Editorial Team has changed “Hiroshima” to “Yamashita”, referring to the never-ending search for this fabled gold or fortunes during World War II. Our apologies for the confusion brought about by the error.

If you’ve ever given your special someone a CD compilation of all of your couple songs or backed up all your travel photos in a DVD for safekeeping, chances are you’ve experienced the long queues of CD-R King back in the early 2000s when they would sell cheap recordable media in bulk. Today, this electronics retailer is now the last thing on your mind if you ever need electronic parts or accessories—that is if you would even remember that it still exists.

What happened to the king of compact discs?

At the height of its popularity, CD-R King was like the SM of electronics—the tagline “we’ve got it all for you” seemed like an understatement. They have all of your electronic needs, even the ones you never thought you needed. Are you looking for a 5-port switch ethernet 10/100 Mbps? Or maybe a handheld metal detector with 22KHz operation frequency? Sure you don’t need it now, but you’ll regret not buying it when you start looking for that fabled Yamashita treasure, whenever that may be. 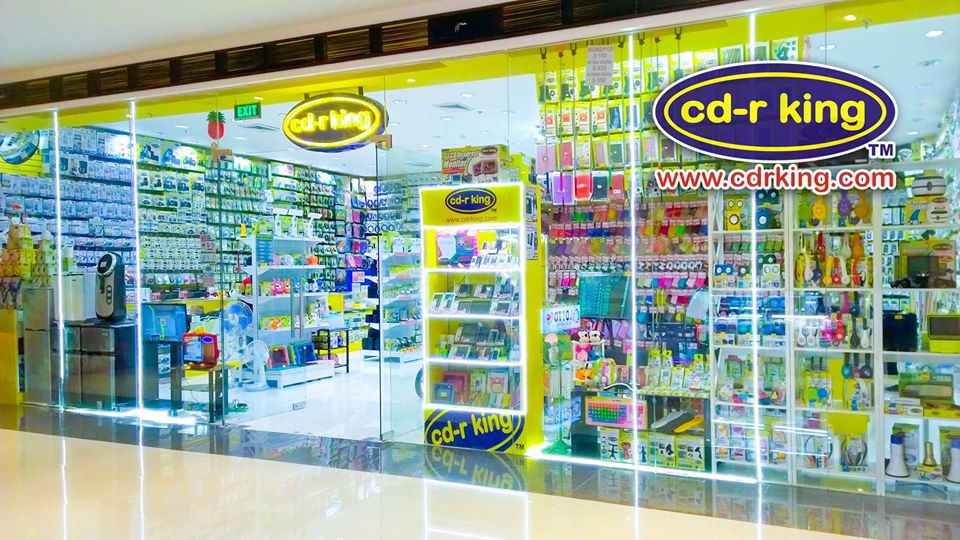 So if CD-R King was the go-to place for everything electronics, why are people not flocking their stores anymore? Well, one theory, the most obvious one, is that compact discs are not as widely used today as it was before. They are now replaced by flash drives that have much more capacity, perfectly rewriteable, and work relatively fine even if you get a scratch on it. But then again, CDs are just one of the thousands of things that they sell in their stores. Even if CDs are almost obsolete, there’s still a lot of other items that they can offer to consumers. So why haven’t they been able to sustain their standing in the retail market as the “king”?

Another theory is that because CD-R King items are known for being inexpensive, it logically follows that the quality is below par. Maybe people got tired of replacing items every time it gets broken every few months. Of course, it gets annoying after replacing your mobile phone charger cable for the 97th time. And even if you’re used to replacing all your electronics accessories regularly, you can practically buy them anywhere nowadays—the nearest tiangge, in sari-sari stores, and even among sidewalk vendors.

Consumers will simply buy these items where it’s convenient for them. And when we talk about convenience, there’s probably nothing more convenient than buying them online. Just browse a little in Lazada or Shopee and you’ll find maybe 30 merchants selling that one item you’re looking for, at different price ranges of course.

Lazada released recently some highlights of their Grand Year End Sale last December 12-14, or simply known as 12.12. In Malaysia, Lazada was able to sell 1,300 units of Huawei Mate 20 in under 1 minute. And within the whole of Southeast Asia, they were able to ship 1,000 tons of milk formula and 70 million pieces of diaper, just with that sale alone. But going back to CD-R King, you can’t fault them for not riding the tide because they have already ventured into e-commerce. Although some of their branches (like in Glorietta and Greenbelt) have closed down recently, they currently have items for sale in Lazada, but not in Shopee. As with all the other online merchants, they get reviews for their products as well. And some of them ain’t pretty.

So how do we solve a problem like CD-R King?

If they don’t do anything about the quality of their products or the way they do business soon, the king could, once and for all, step down from its throne.InqPOP!/ANA/VT

Online user pens poem that can relate to our situation now

Dermatology resident shares her poem ‘A Bid For Time’