The year is almost over but for SB19, it has just started.

On August 16, SB19 (an all-Pinoy group trained under a South Korean entertainment company), had their first conference in Manila, Philippines, telling everyone that their main goal is to promote OPM around the world. Shortly after, the group dance’s practice video for their single “ Go UP,” went viral on Twitter with 1M views, 27,000 retweets and 89.1K likes.

Last month, they reached another milestone as they took the number 6 spot on Billboard’s Next Big Sound chart. And now, A’TINS (the official name of their fandom) couldn’t be any prouder after Google released the most searched terms in the country. 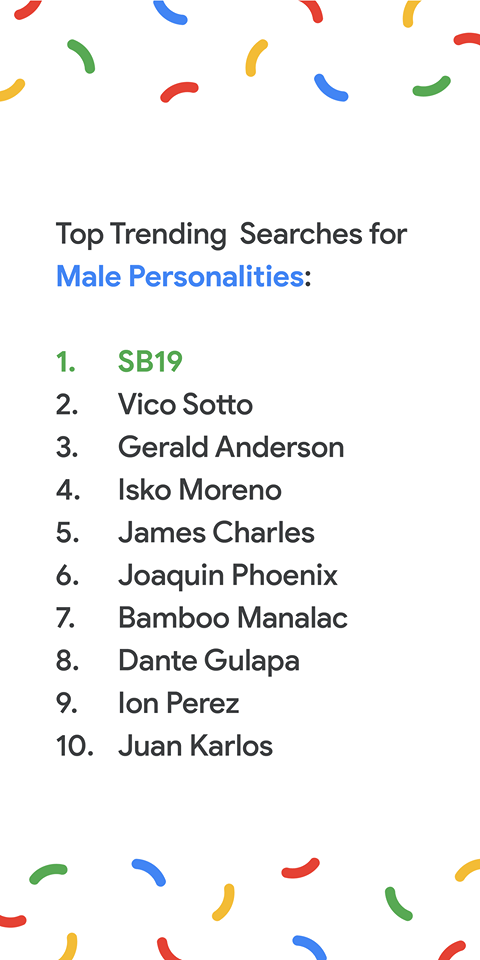 Outranking personalities like Vico Sotto, Gerald Anderson and YorMe Isko Moreno, the members of SB19 are named as this year’s most Googled male personalities in the Philippines. Everything seems to be “going up” with all the good things that have been happening to Sejun, Stell, Ken, Josh, and Justin lately.

In the mood for ‘Love at First Sight’ with Alexa Ilacad