A man’s quest to find his wedding ring on a 4,000-foot snow-covered mountain in New Hampshire has been completed by a couple of hikers — and a metal detector.

WMUR-TV reports Bill Giguere, of Massachusetts, recently lost the gold band on Mount Hancock. Giguere, who had been wearing it for three years, put out a plea to a hiking group for help. 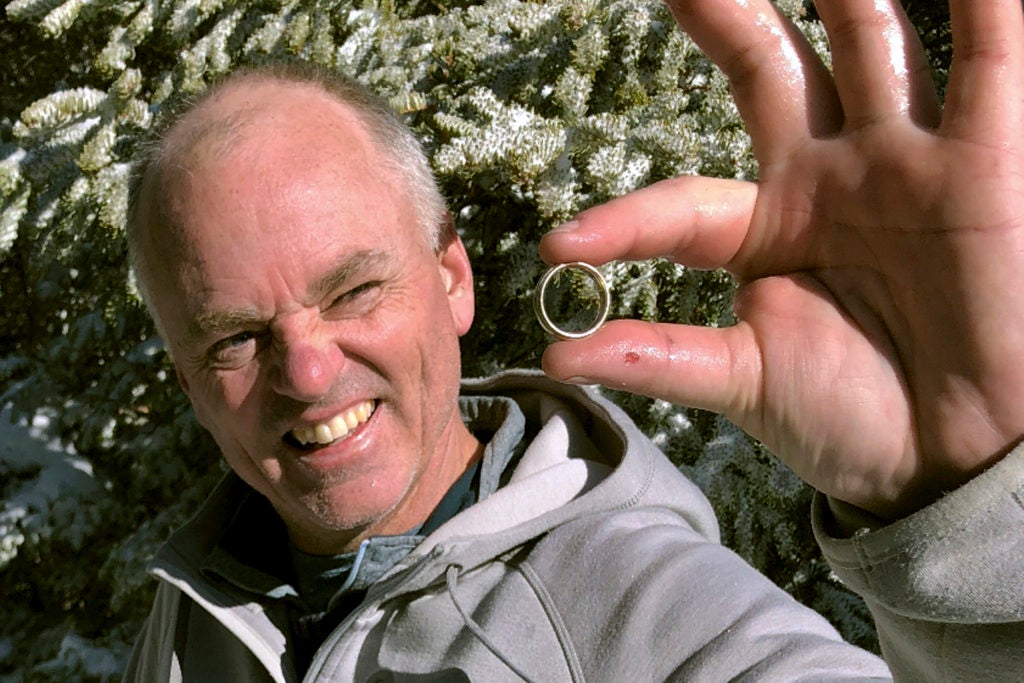 Tom Gately saw the post but had doubts about finding the ring along the 10-mile loop trail Giguere hiked.

Giguere said the most likely spot was at a lookout where he changed gloves. Gately and fellow hiker Brendan Cheever set out with a metal detector.

Cheever says that “it beeped and he’s, like, ‘I think I found it,’ and everybody’s, like, ‘What?’ and he just started scratching in the snow. There it was!” RGA