Follow us:
In this Sunday, Nov. 10, 2019 photo, instead of just hanging ten when surfing with his girlfriend, Chris Garth drops to one knee and proposes to Lauren Oiye in the surf off Queen's Beach in Waikiki in Honolulu. Hawaii News Now reported that Lauren Oiye said yes just before Chris Garth dropped the ring in the ocean. Luckily, he had a spare. Garth said he knew it could go wrong, so he used a stand-in while they were out in the water. The real ring was on shore at Queen's Beach, where the two met years before. (Tommy Pierucki via AP)

Man proposes to girlfriend while they were surfing

A man went down on bended knee while he and his girlfriend caught a wave in Hawaii last weekend.

Chris Garth popped the question at the surf break in Waikiki where he and Lauren Oiye met years back, Hawaii News Now reported on Nov. 11. 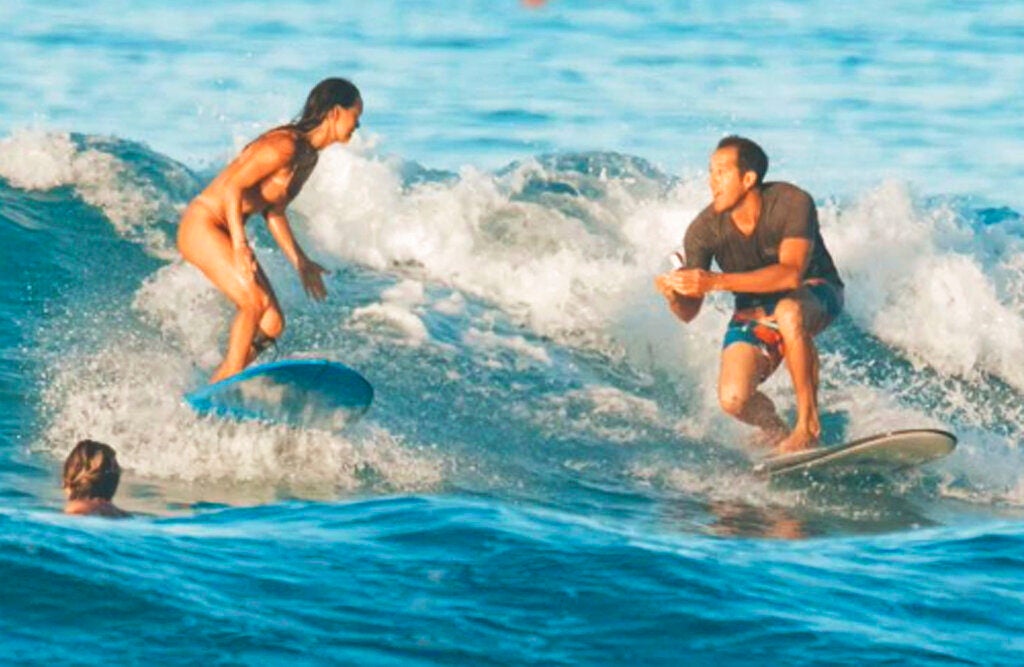 In this Sunday, Nov. 10, 2019, photo, instead of just hanging ten when surfing with his girlfriend, Chris Garth drops to one knee and proposes to Lauren Oiye in the surf off Queen’s Beach in Waikiki in Honolulu. Image: Tommy Pierucki via AP

As they caught a wave, Garth went down on one knee and yelled out, “Lauren, I love you! Will you marry me?!” she recalled in a Facebook post on Sunday.

“At first I thought it was a joke and then realized it clearly wasn’t,” she said.

“And of course I am beside myself that I get to spend the rest of my life with this man that I LOVE from the depths of my entire being, is a bigger feminist than I am, and makes me laugh [every day] and reminds me how simple and beautiful life is.” 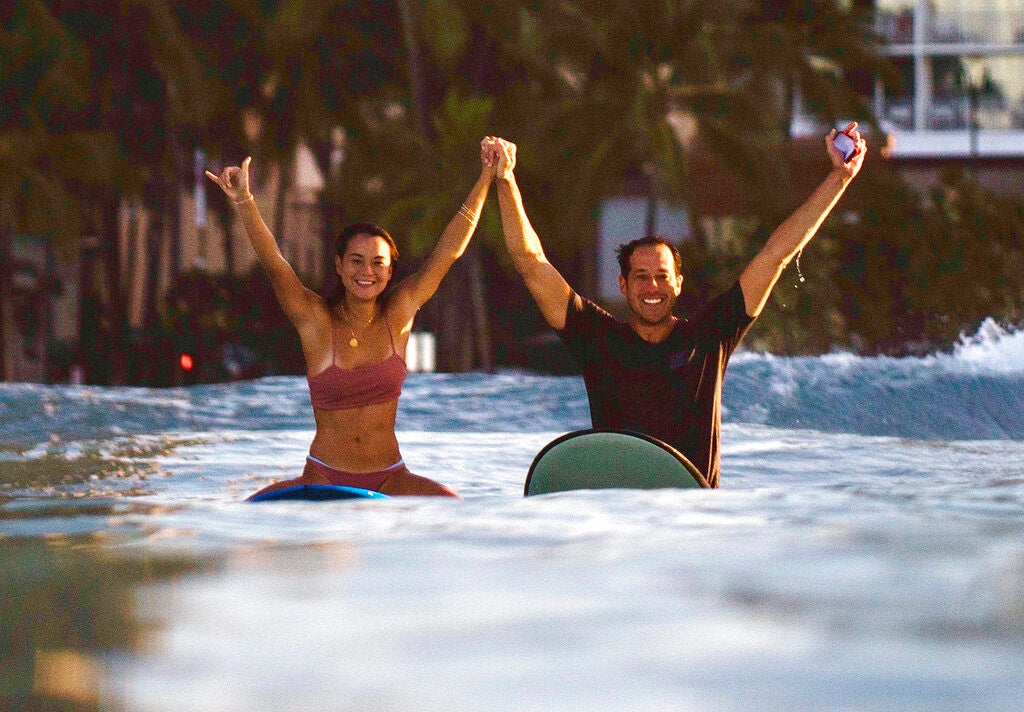 Chris Garth and Lauren Oiye celebrate after Garth proposed while both were surfing off Queen’s Beach in Waikiki in Honolulu.  Image: Lisa [email protected] via AP

However, before Oiye could put on the ring, Garth lost it. Thankfully he came prepared: the ring he proposed with was a spare, while the actual engagement ring was on the shore.  /ra