High above the streets of Paris, in easily the most iconic tower in the world, a group of ambitious winemakers are pressing grapes that have been fermenting 57 meters above ground for the past month, sending perfumes of sweet and sour grapes into the cold, autumn air.

It’s a historic event at the Eiffel Tower and in recent Parisian history: it’s the first time that wine is being fermented, aged and eventually bottled inside its four pillars.

After first announcing plans to turn the first floor of the Eiffel Tower into a temporary winery last month, La Winerie Parisienne recently invited a group of journalists to witness the pressing of the grapes, which had been quietly macerating and fermenting in stainless steel tanks for the last three weeks.

A cloudy, plum-red liquor drains into bins, which will then be stored in French oak barrels where it will age until next spring and again, bottled on-site.

The Merlot grapes are the first fruits ever to be harvested from Winerie Parisienne’s Paris vineyards, which were planted just 20 minutes outside the city in 2017.

“It was really nice to pick the grapes from our vineyards in the morning and bring them here in the afternoon,” said winery co-founder Julien Bengué.

The winemaking renaissance in Paris

The vision of Bengué, along with his partner Adrien Pélissié, is to put Paris back on the winemaking map in France. The area had been a major grape-growing region until the late 19th century when vineyards were decimated by the Phylloxera plague and never recovered.

But after studying the climate and soil in the region over the last five years, and witnessing the changes brought on by the effects of climate change, the duo decided to invest in 10 hectares of land in the Plaine de Versailles, just outside the city, to plant their first vineyards.

“In the last 10 years I could see that dates of harvest and ripening in classic winemaking regions of France were changing,” Bengué said. “Now with climate change, we think there’s now enough soil and heat to cultivate vines again in the Paris region.”

Until next March, visitors to the Eiffel Tower can also visit the pop-up winery set up beside La Bulle Parisienne, a transparent dome restaurant and café on the first floor.

Around 2,000 bottles of the Eiffel Tower wine will then be bottled on-site and sold at the tower as well as at select points of sale within Paris.

As for aging wine at high altitudes, Bengué said it will bear no impact on the wine, which he expects will be crisp, with fresh fruit aromas, soft tannins, elegant texture and good length.

“Our main goal is for the renaissance of winemaking in Paris,” he said. “We want to put Paris back on the wine map.” CL/JB 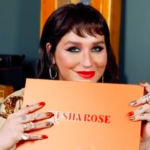 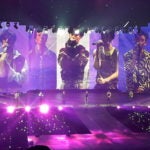 IN PHOTOS: GOT7 brings first full concert to PH, receives surprise from fans