IN PHOTOS: GOT7 brings first full concert to PH, receives surprise from fans

It has been 3 years since GOT7 visited the Philippines for a fan meeting. And this time around, all seven members—Mark, JB, BamBam, Jackson, Youngjae, Yugyeom, and Jinyoung–came back to the country with a full concert experience that Filipino Ahgases won’t soon forget.

The Manila stop, which happened last October 26, marked the end of GOT7’s ‘KEEP SPINNING’ World Tour for 2019, as the group prepares for their upcoming comeback on November 4. This is before they continue on with the rest of their tour in 2020.

GOT7 opened the show with one of their latest hits “Eclipse,” followed by “Out” and “Never Ever”. Well-loved releases since their debut in 2014 were also performed, including “Just Right”, “Paradise”, “Look”, “Lullaby”, and “Miracle”. The main set then ended with the upbeat “Hard Carry”, and fans cheered for more saying, “Walang uuwi!” (No one’s going home yet!)

The concert lasted for more than 3 hours—as the encore set extended from an initial 2-song performance. As a surprise for the boys, a video message from fans played on-screen which showed how long Filipino Ahgases waited for the boys to be back.

From there, a whirlwind of emotions for both fans and GOT7 filled the arena. Mark cried while BamBam asked if the audience wanted more as they performed one song after another. Youngjae stayed on stage for a bit longer after the rest of the members have exited and said their final goodbyes to the fans.

GOT7 promised to be back and said that next time, it may no longer be another 3-year wait.

Here are some  of the photo highlights from the show:

GOT7 ‘KEEP SPINNING’ World Tour In Manila is presented by PULP Live World. 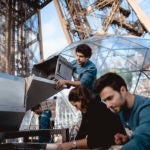 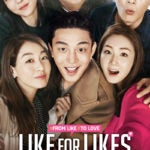 These K-dramas get the tagalized treatment on iflix