Classic podcast horror “The White Vault” returns for a third season in time for Halloween, a good time to look back and check out four other nuggets from this year in audio fear: the chilling reports from the “SCP Archives”, one high school student’s gradual acquaintance with supernatural evil, extinction-level sci-fi uncovered by “Among the Stars & Bones” and the discomforting soundscapes of “A World Where”.

After a slow, world-building start, the original show revealed the terrible fate meeting the members of a maintenance crew set to fix up a remote Icelandic research station. Season 3, which began last Oct. 14, switched focus to an archeological team examining a new site established in the Patagonian Andes.

Leveraging the online, community-created hub of creepy scientific reports, the SCP Foundation, to present an anthology of readouts that quickly slide from abstract prose into aural and imaginative dread.

Each bite-size, four-minute episode lays out a piece of Jane’s coming-of-age story as a teenage high schooler whose perspective-shaping troubles evaporate once she accepts her part in an unholy pact.

Military, technological, and archaeological interests are combined in a sometimes uneasy alliance between ranking staff of the Herodotus Task Force, an international mission assembled to investigate evidence of advanced, intelligent extraterrestrial life and the extinction event that wiped it out.

Super-immersive 3D soundscapes sent from a dystopian, nightmarish future with each episode stretching out the consequences of contemporary issues. Strong language and sometimes disturbing topics. 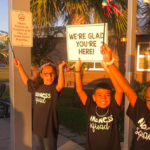 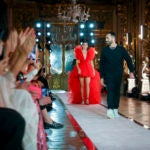