The dream to meet the Korean actor is coming true for Philippine Airens!

Lee Seung Gi is a multi-awarded Korean celebrity for excelling in various fields of entertainment such as singing, acting, and hosting.

Tickets go on sale August 18 (Sunday) at all TicketNet outlets nationwide and online via www.ticketnet.com.ph. 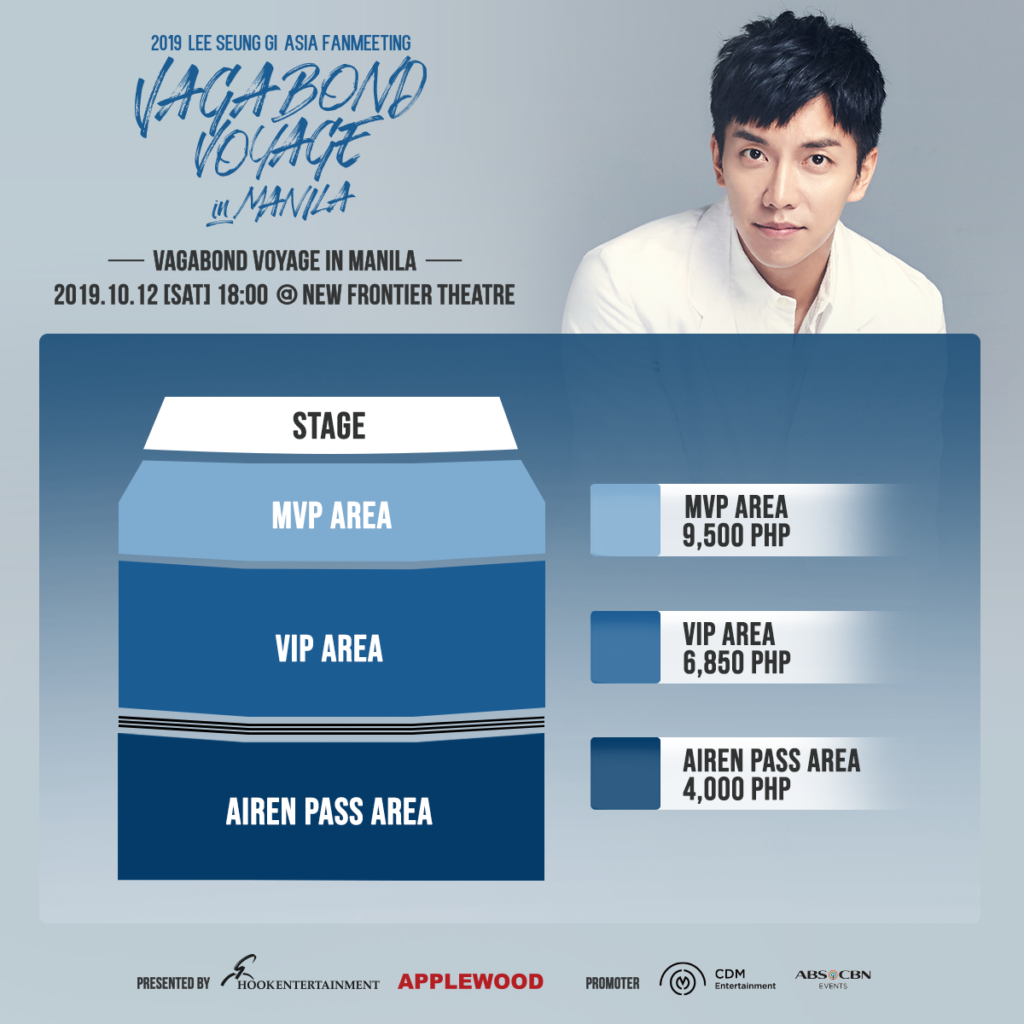 MVP tickets (P9,500.00) comes with a group photo op with Lee Seung Gi, special MD gift, one official poster and chance to win one of the 70 signed posters.

VIP tix (P6,850.00), meanwhile, comes with one official poster, a chance to win a group photo op with Lee Seung Gi (300 winners will be randomly selected) and another chance to win one of the 30 signed posters. 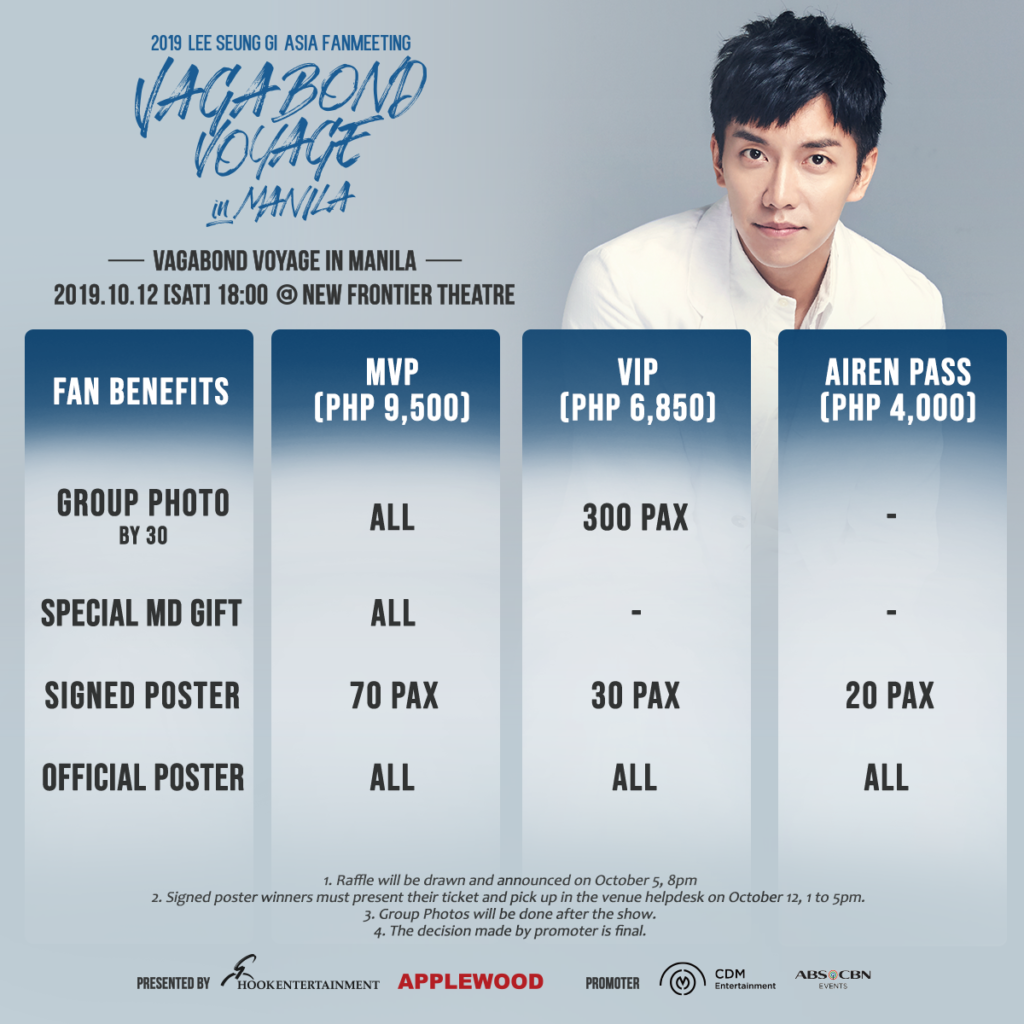 Come and be part of Lee Seung Gi’s first ever fanmeeting in the Philippines on October 12! The 2019 LEE SEUNG GI ASIA FANMEETING in MANILA is presented by HOOK Entertainment and APPLEWOOD and promoted by ABS-CBN Events and CDM Entertainment.