Makikitawag Lang Ako to be played for the whole month of October 2019!

The Far Eastern University Theater Guild (FTG), on its 85th theater season, restages Makikitawag Lang Ako this coming October. Adapted by Teresa Lorena Jopson, the play is based on Gabriel Garcia Marquez’ short story “I Only Came to Use the Phone” from his book Strange Pilgrims. The play was previously staged by the company on October 2014 at the FEU Auditorium and on February 2015 at the SDA Main Theater of DLS-CSB for Fringe! Manila. 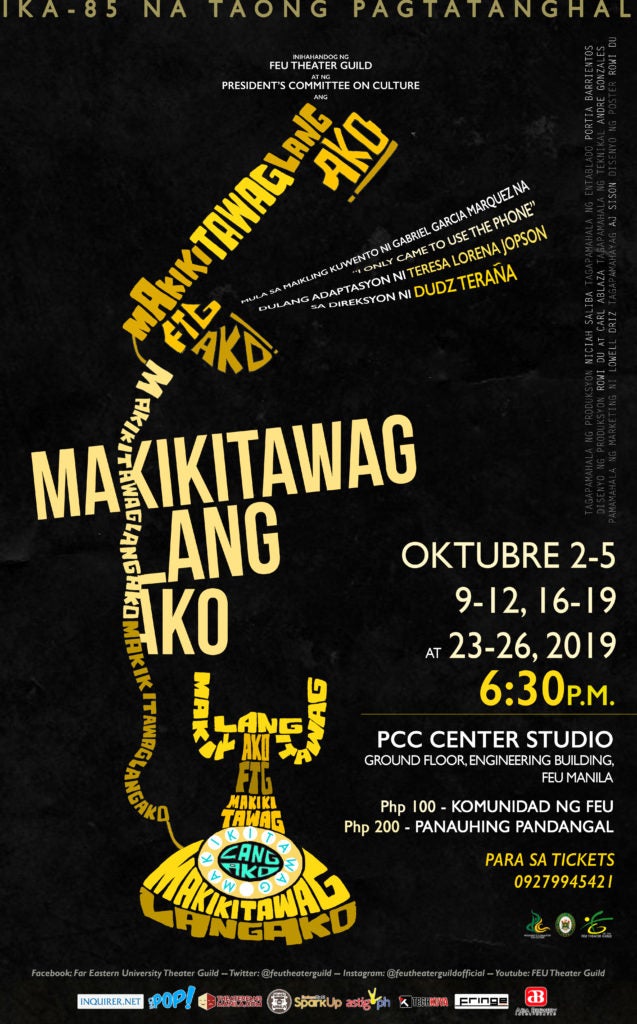 Makikitawag Lang Ako follows the story of a magician’s assistant and lover, Maria dela Luz Cervantes, and her captivity in a mental asylum, as she is mistaken for being mentally-ill while resisting a manipulative opportunist warden and a misdiagnosing psychologist, longing for her lover’s rescue and embrace. 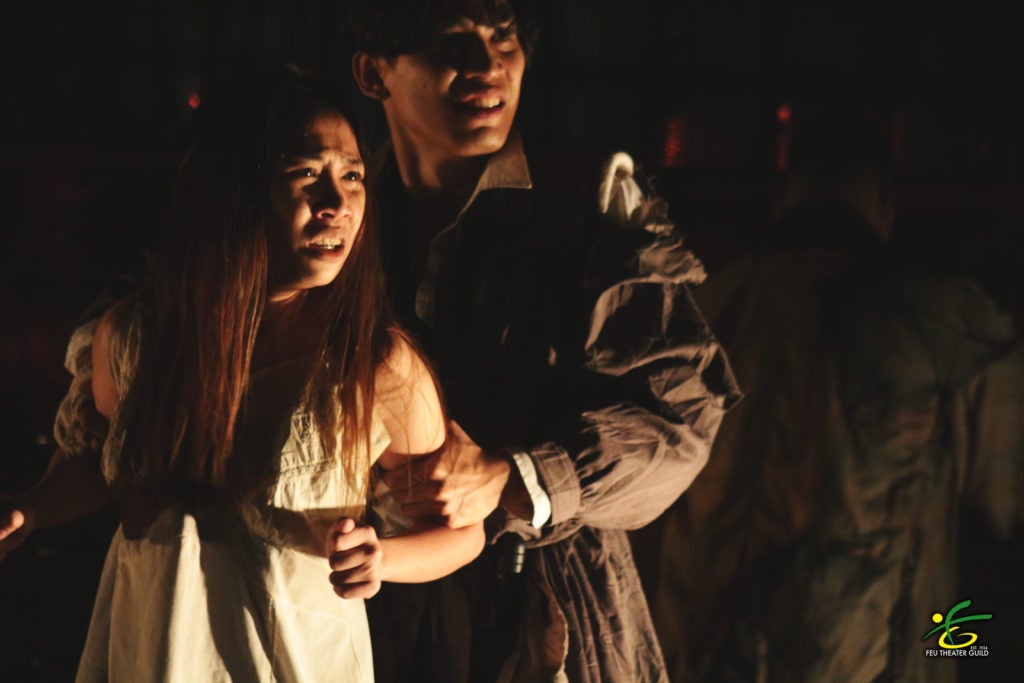 FTG Artistic Director and PETA Senior Actor-Teacher Dudz Teraña will give his new take on the play, bringing life to other aspects unseen on the original staging. This play will serve as part of the celebration of Terana’s tenth year as the artistic director of the FEU Theater Guild. Teraña has directed productions, such as Allan Lopez’ Anatomiya ng Pag-ibig, which was an entry for Fringe! Manila 2017 – an international arts festival, Risa Jopson’s Ang Pinakamakisig sa mga Nalunod sa Buong Daigdig, which gained positive reviews from audience and critics alike, and Teraña’s original Usapang X, which won the UP Curtain Call: A Juan Act Play Festival on 2014. 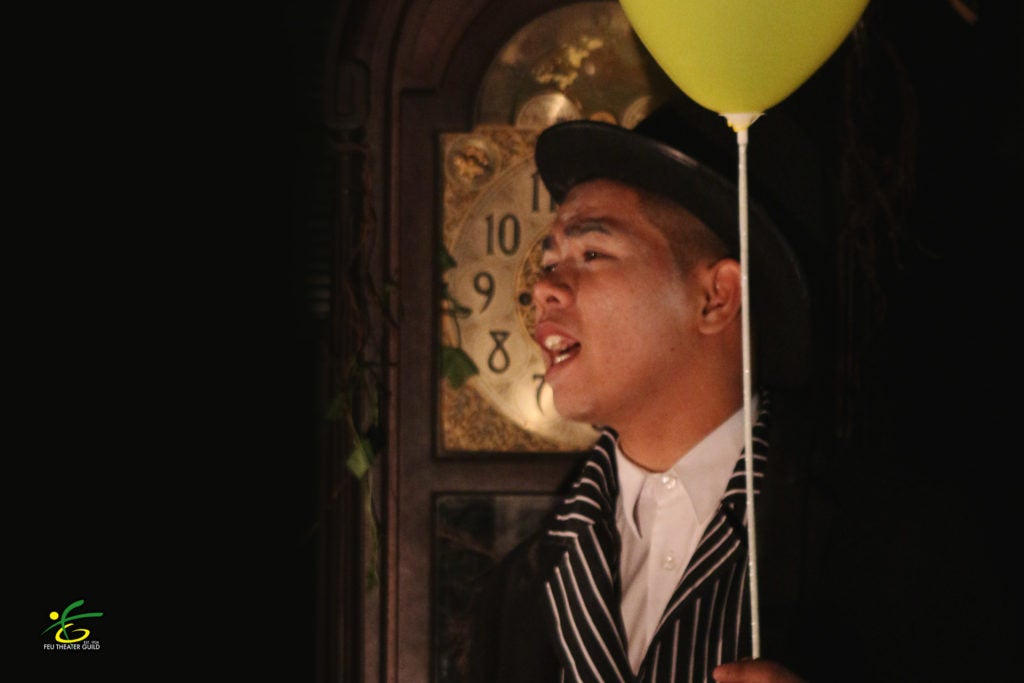 Ticket prices are PHP 100 for the FEU Community with a valid ID, and PHP 200 for guests. 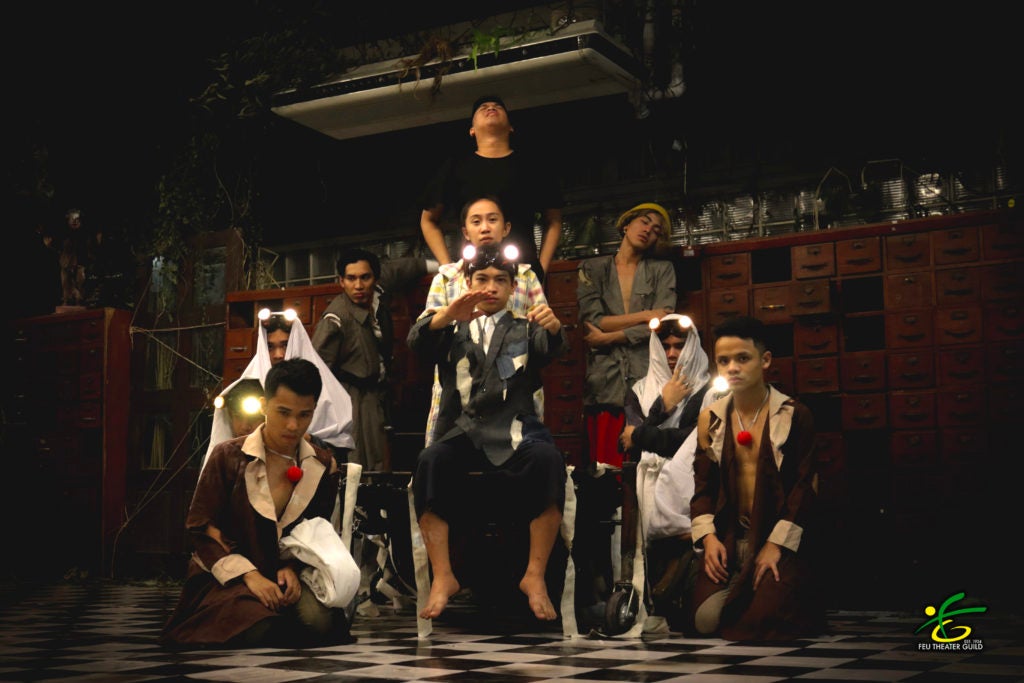 “I Only Came to Use the Phone”
Far Eastern University Theater Guild
FEU
Gabriel Garcia Marquez
Makikitawag Lang Ako
INQPOP! Stories we think you might also like: