Two high school students in Memphis, Tennessee, bought clothes for their classmate who was bullied for wearing the same outfit every day.

Michael Todd’s first couple of weeks as a freshman at Martin Luther King Preparatory High School were quite tough. He was a new student and was being mocked by his classmates because he repeated his clothes every day, as per FOX13 on Sept. 11. 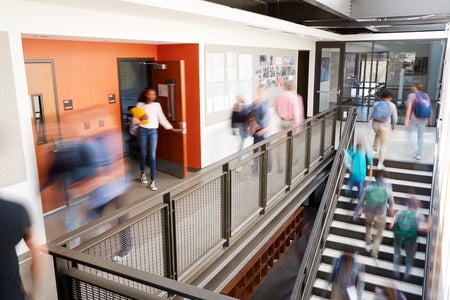 This was when Kristopher Graham and Antwan Garrett, football players and classmates of Todd, stepped in to give him a surprise. Graham apparently was one of those who initially laughed at Todd for wearing the same clothes, but wanted to make up for it and give him a helping hand.

Graham decided to take action when he saw other people laugh and bully Todd. “I felt like I needed to do something,” he said in the report, so he called his friend Garrett to help him. “I got some brand-new shoes I can give him and a few items.”

Graham and Garrett then pulled Todd out from his class on Monday, Sept. 9, and gave him a bag filled with shorts, shirts and shoes.

“He wasn’t smiling or anything, and I was like ‘I think this is going to make you smile,’” he said. “We’re in the same third period and I apologize for laughing at you, and I want to give you something to make it up.”

Todd, it turns out, has always been bullied.

“I’ve been bullied my entire life. I really don’t have clothes at home,” Todd said. “My mom can’t buy clothes for me because I’m growing too fast.”

Graham and Garrett’s action compelled others to step in and also offer their help. As per the report, people from other states have been wanting to send clothes for Todd.

Todd, on the other hand, only had praises for Graham and Garrett. “You guys are the best guys of my entire life.” /ra