Before Studio Ghibli, the most-acclaimed Japanese animation studio we know of today, there was Topcraft. Established in 1971 by former Toei Animation producer Toru Hara, the studio started making its name in the animation industry through hand-drawn titles and productions of “Macross: Do You Remember Love?” and “Nausicaä of the Valley of the Wind.” Although the latter was written and directed by one of the most-critically acclaimed animators Hayao Miyazaki, it was only in 1984 that he was able to achieve complete control over its production.

Taking place in the future, post-apocalyptic world, Nausicaä of the Valley of the Wind revolves around the adventures of young Nausicaä whose purpose is to regain peace in the toxic environment she lives in and find ways for humans and animals to co-exist. 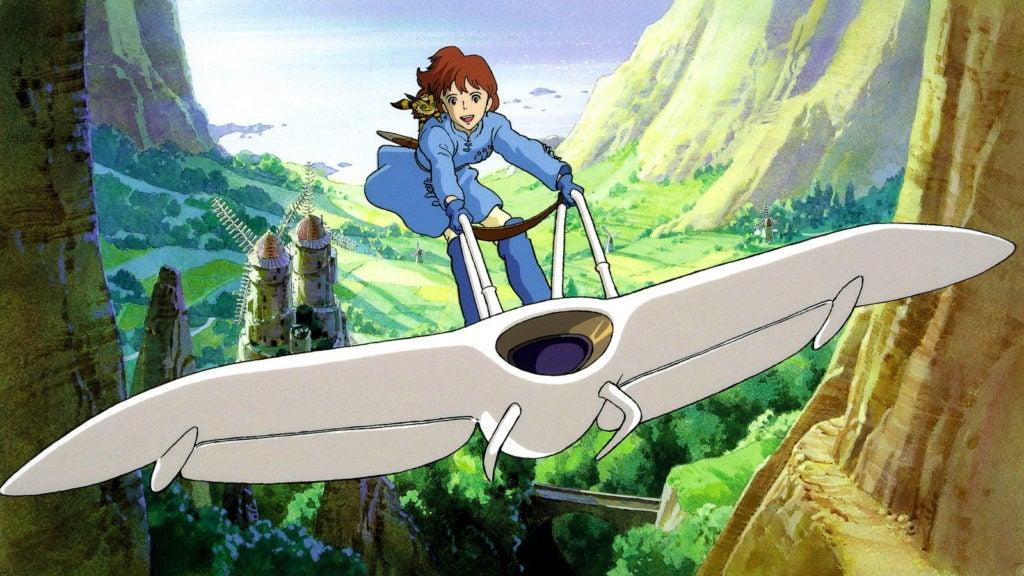 Considered as one of Miyazaki’s early masterpieces in the history of animation, anime fans will surely be psyched about the upcoming Nausicaa kabuki stage play. Since there’s more in Nausicaa’s tale that fans haven’t seen before, the kabuki stage play will also be a complete adaptation of the manga. Kabuki, a traditional Japanese theater, features all-male performers, highly-stylized movement, dynamic stage sets, and wild costumes. The promotional poster, which was shared by Tokyo-based website SoraNews24, shows Nausicaa “standing calmly in the palm of a hulking God Warrior”–a scene that has never happened in the highly-praised animated film. Fans should also anticipate the appearance of Shibashi Enbujo (Nausicaa), Shichinosuke Nakamura, Kasho Nakamura, and other 17 actors in this classical dance-drama.

In time for the holidays, Nausicaa of the Valley of the Wind is scheduled to be performed at the Shinbashi Enbujo theater in Tokyo’s Ginza district from December 6 to 25. The ticket price ranges from 3,000 yen (PHP1,400) to 18,000 yen (PHP8,000). Those who want to avail of discounts, the tickets will go on sale in the second week of October.