Hope has wings: The future of Philippine biodiversity takes flight

The Philippine eagle, our country’s national bird, is critically endangered due to the threat of habitat loss.

The good news is that efforts to save and protect them are strong and relentless. Today, an estimated 400 pairs of Philippine eagles remain in the wild. In November last year, forest guards found the seventh nesting site for Philippine eagles in Mount Apo in Mindanao, a sign that the critically endangered bird of prey continues to make its home and produce offspring in one of its natural habitats. This is considered a key development in the protection and preservation of the Philippines’ national bird.

In May this year, the quest to continue ensuring the survival of these raptors reached new heights when a pair of Philippine eagles bred in captivity at the Philippine Eagle Center in Davao City—the 15-year old male Geothermica and 17-year old female Sambisig—was sent to Singapore’s Jurong Bird Park.

Loaning the birds is part of an agreement between the Department of Environment and Natural Resources (DENR) and the Wildlife Reserves Singapore (WRS), a leading wildlife conservation group. It is also symbolic of the deep and valuable ties that the Philippines and Singapore have especially in common advocacies such as environmental conservation and biodiversity protection.

Geothermica is the adopted eagle of geothermal leader Energy Development Corporation (EDC), while Sambisig is the adopted eagle of a chemical company. Both are considered at the prime age of breeding. During their two-year stay at Jurong Bird Park, it is hoped that they will mate and produce eaglets which can be released in suitable, vacant habitats back in the Philippines. The pair and their future offspring can provide a gene pool that may be used in case natural calamities or health epidemics like avian flu threaten the eagles’ population in the Philippines.

Eagles in the wild and in captivity

The Philippine eagle’s role on top of the food chain is considered crucial in keeping the balance of nature’s ecosystem. An abundant Philippine eagle population also indicates a healthy state of forests.

For this reason, central to EDC’s corporate social responsibility (CSR) initiatives is environmental conservation. At its 106-megawatt Mount Apo Geothermal Project (MAGP), watersheds are well-maintained and forests are lush. The 701-hectare protected geothermal reservation surrounding MAGP alone is home to 39 species of mammals and 165 species of birds, including the Philippine eagle.

For EDC, the fight to protect Philippine eagles must be waged in both captivity and the wild. According to the Philippine Eagle Foundation (PEF), eagles bred in captivity can live up to 40 years and are considered more resilient to human handling and living in breeding facilities than their wildlife counterparts. This is why, in 2012, EDC adopted Geothermica under PEF’s Adopt-an-Eagle Program.

“Sending Geothermica to the WRS is an important step in our collective efforts to protect the Philippine eagle, the survival of which is inseparable from the protection of our biodiversity. Since Philippine eagles are threatened by the loss of forest cover and shooting activities, we hope to exhaust all efforts to protect one of the most precious treasures of our biological heritage,” said EDC CSR head Atty. Allan Barcena. 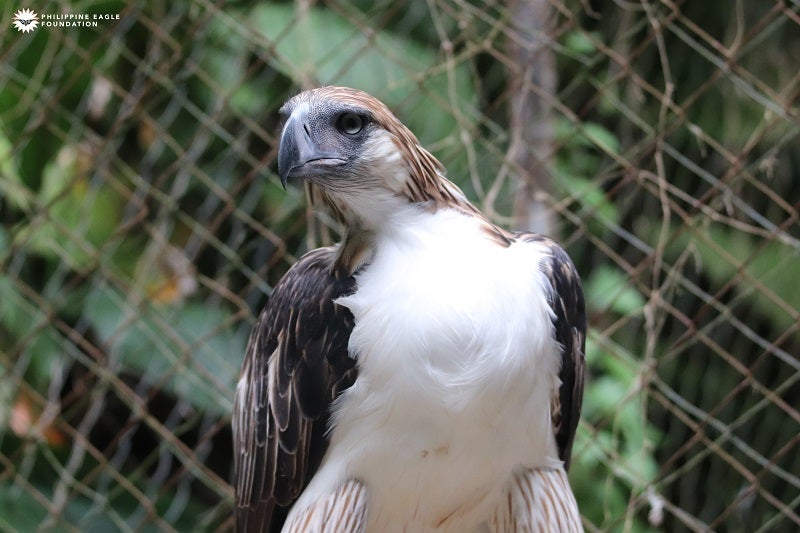 According to PEF director for research and conservation Dr. Jayson C. Ibañez, protecting these nesting sites is crucial because Philippine eagles in the wild are loyal to their breeding sites. A nest found in Mount Apo in 1972, for instance, is still intact and being used.

At present, PEF has located 37 pairs of wild eagles with breeding nests in Mindanao. July marks the start of breeding season on the island, both for captive and those in the wild. Monitoring breeding adults and securing their health and safety as they produce and care for new eaglets help keep their bloodline alive.

“In the long run, we hope to see more eagles flying across their natural habitats, which means that we also have to work hard on increasing and maintaining forest cover. With the help of the Philippine Eagle Foundation and other institutions, we are optimistic that our efforts in both the wild and captivity will secure the future of the Philippine eagle,” said Barcena. 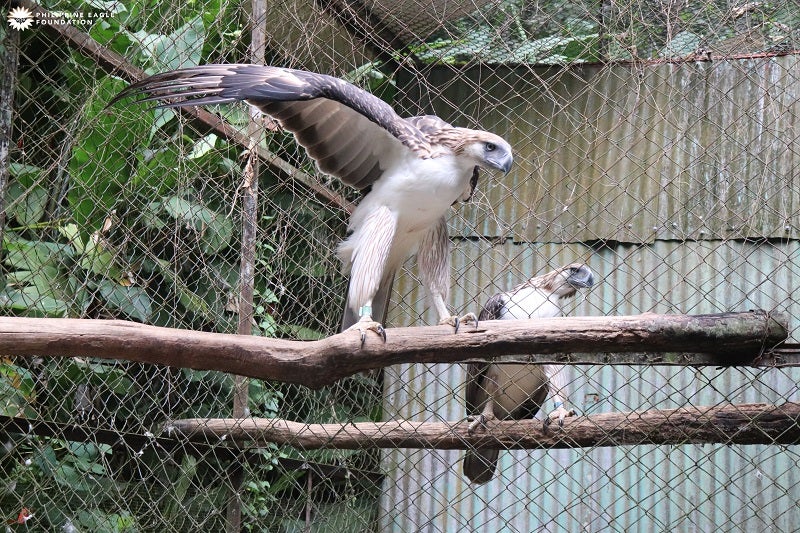