Follow us:
Charles Santore, the illustrator known for his richly detailed and whimsical interpretations of classic children’s books, has died. He was 84. Image: AP/Christina Santore

Charles Santore, illustrator of ‘The Wizard of Oz’, dies at 84

Christina Santore said her father died after a brief illness in Philadelphia, where he was born, raised and worked. He was 84. 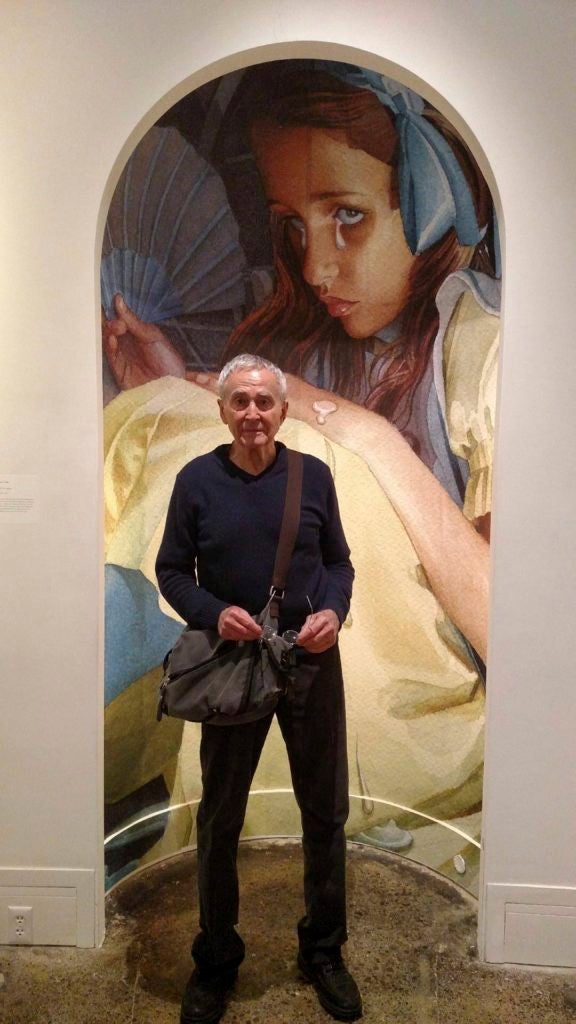 Charles Santore, the illustrator known for his richly detailed and whimsical interpretations of classic children’s books, has died. He was 84. Image: AP/Christina Santore

“Charlie Santore was an artistic treasure in the industry. He created worlds that were familiar but elevated them beyond the scope of our imagination,” said Running Press Kids creative director Frances Soo Ping Chow, who worked with Santore for over a decade. “Each extensively researched and composed illustration was created with an eye to detail that was uniquely his. His lighting, reminiscent of Maxfield Parrish, enveloped colorful characters with lush atmospheres to create stunningly beautiful landscapes.”

Santore grew up in a working-class Italian neighborhood in South Philadelphia and described himself as a tough kid who was compensating for a stutter by throwing punches, smoking at age 11 and hanging around pool halls, according to an interview in Communication Arts magazine. He drew portraits of neighborhood characters for cash, and was encouraged by teachers to focus on art. He said his world opened up when he was accepted to Philadelphia’s Museum School of Art, which is now The University of the Arts.

Santore started off as a magazine illustrator, had a successful freelance advertising career and frequently created portraits of celebrities for TV Guide in the 1970s and 1980s. His Redd Foxx TV Guide cover was recently added to the collection of the National Portrait Gallery in Washington D.C. Other covers are in the collection of the Woodmere Art Museum. Santore’s work appeared in the Saturday Evening Post, Esquire, Good Housekeeping and he even created a poster for the 1964 World’s Fair.

After over 20 years doing magazine work, Running Press approached him to illustrate “The Complete Tales of Peter Rabbit and Other Stories” in the 1980s. He was hooked.

“An advertisement runs in a magazine today and someone wraps fish in it the next day,” Santore told Communication Arts. “With a book, you know it is going to be around.” He sometimes took years to finish paintings for books, working primarily in watercolor.

The Woodmere Art Museum hosted a retrospective of his work last year. He is the recipient of numerous awards including the Society of Illustrators Award of Excellence and the Hamilton King Award.

His works are in the permanent collections of the Museum of Modern Art in New York, the Brandywine River Museum of Art outside Philadelphia and the Free Library of Philadelphia.

“Charlie’s imagination is extraordinary,” said John Whalen, publisher of Cider Mill Press, who commissioned Santore to create many works and compared his talent to Norman Rockwell and N.C. Wyeth. “He would take a scene and think ‘How would a child see that in their head?’ He helped guide them into the world of Charles Santore.”

Santore is survived by his three children, Christina, Charles III and Nicholas. His wife of 55 years, Olenka, died in April. HM/JB