Indie films tend to be the world of adults, where stories hit too close to home that it can get difficult to watch. It was refreshing that a movie like “Children of the River” by Maricel Cabrera-Cariaga was part of this year’s slate, one which brings back the innocence and heartbreaks of childhood. 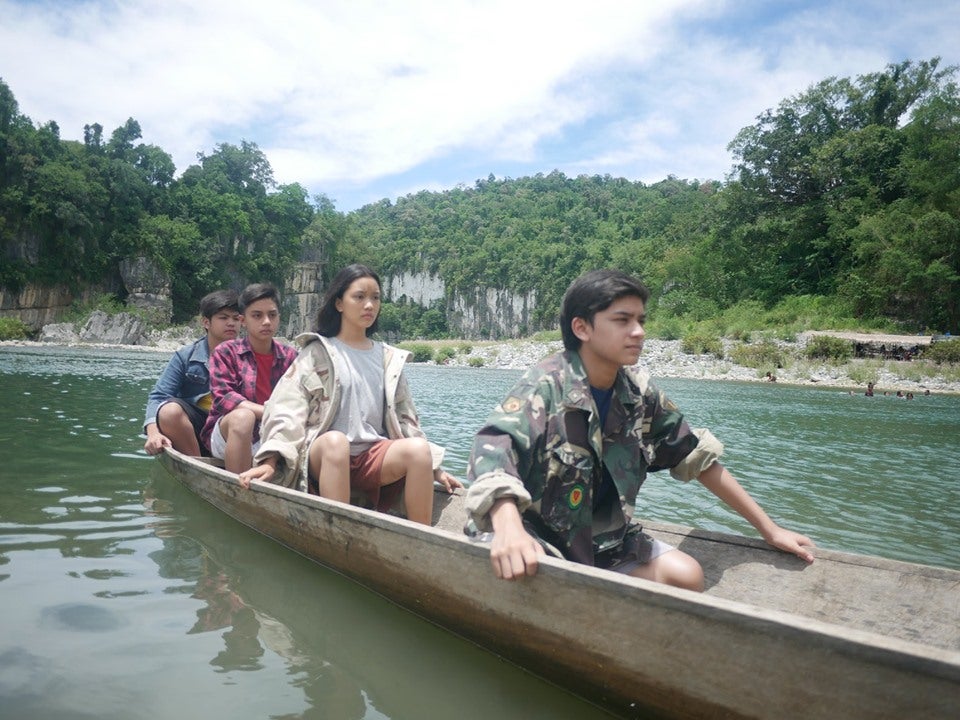 This coming-of-age film has heart, but no unnecessary drama as it tackles the fear of coming out and the fear of loss. It chronicles four friends living in a community of soldiers in Quirino province, bonded as their fathers battle in the Marawi siege.

Elias is kind to all and does his best to obey mom’s rules. However, he fears disappointing on one aspect: that he is falling in love with visitor Ted (Juancho Triviño), any girl’s (or boy’s) tall, dark and handsome teenage dream.

Elias’ fear of rejection over his sexual orientation is heightened because of how boys treat each other in his community. They curse, pick fights and use “bakla” (gay) as a slur. Does a gentle soul like him have a place here?

One night after a party, a drunk Ted falls asleep on a bench outside Elias’ house. Elias decides to watch over him through the night, but gets a fever the next day. Afraid of his feelings, he avoids Ted, but has difficulty recovering from his illness.

Here, kids are wiser than we realize: As the friends try to cure Elias’ sickness, they are sources of comfort too as Elias comes to terms with being gay. “Tanggap kita” (I accept you) is a phrase said more than once, with reassurances that Elias has done nothing wrong.

The film shows the importance of community, whether it is dealing with your identity, standing up to a bully or coping with grief. Despite the heavy themes, the film feels as calm as a childhood summer should; the kids’ sincere and natural acting add charm to the movie’s relaxed pace.

If kids can figure out that being different and being vulnerable is OK, why can’t we? “Children of the River” proves we can do better for our kids by learning from them.