IN PHOTOS: Fans show how they love LANY so bad during their Manila concert

Known for their heartfelt and tear-jerker songs, LANY leaped to fame after their 2017 hit song  “ILYSB” (“I Love You So Bad”) gained more than 14 million streams. The band is composed of Paul Jason Klein (lead singer), Charles Leslie “Les” Priest (keyboards), and Jake Clifford Goss (drums).

And just this last week (July 23 to 25), the American Indie pop band made history by being the first international act to have a 3 sold-out night concert in the Philippines. On the second night of their concert, the venue was filled with deafening screams and cheers as the band went on the stage and started performing “Thick and Thin”, “Good Girls”, “4EVER”, “Don’t Wanna Love You Anymore”, “Made In The Hollywood”, “Can’t Take It Back”, “Hurts” and “Run.”

Paul Klein thanked their fans for being present that night, saying: “You’re the best in the world, no one tops you Manila, no one.”

Check out the photo highlights in case you missed their stellar performances: 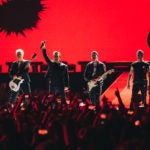 U2 Live in Manila For The Very First Time 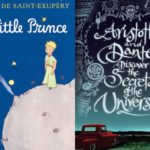 ‘Literature for lost souls’: 5 Must-read books for people trying to find meaning in their lives