Iconic rock band Metallica announced on July 10 that their upcoming children’s book, “The ABCs of Metallica”, will be released on Nov. 26.

The tome was co-written by the band with Howie Abrams, who previously co-authored the children’s book “Hip Hop Alphabet”. 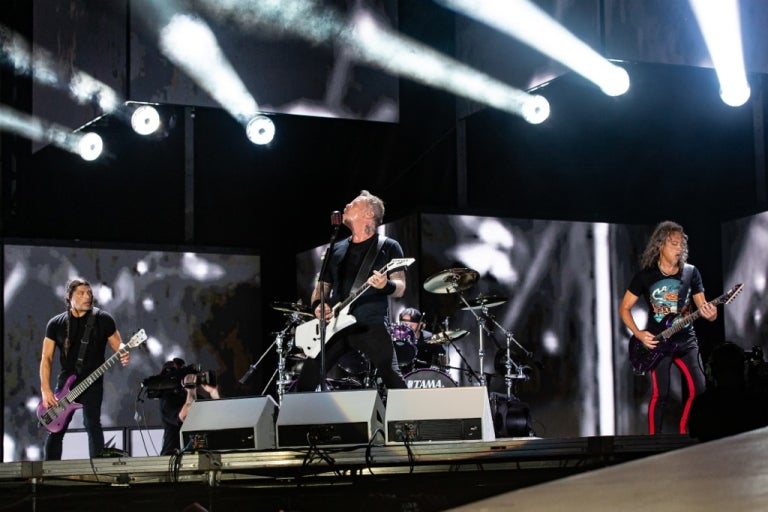 It also features illustrations by Michael ‘Kaves’ McLeer, who participated in Metallica’s exhibition “Obey Your Master,” on show at Los Angeles’ Exhibit A Gallery in 2012.

“Including rhymes and illustrations, ‘The ABCs of Metallica’ looks back at the history of the band from, duh, A to Z! Each letter of the alphabet highlights a moment along our journey from ‘Garage Days’ to ‘Master of Puppets’ to fun facts about us,” the band stated on their website.

A portion of the proceeds will benefit Metallica’s charity foundation All Within My Hand, which supports workforce education and fights hunger in struggling communities.

Metal fans can already preorder the book, which will also be available in bundles with Young Metal Attack merch.

We’re having a bit of fun with our latest book release, “The ABCs of Metallica,” available in stores and online on November 26th. Not only do you get a rhyming, illustrated history of Metallica from A to Z, but a portion of the proceeds from your purchase will go directly to @allwithinmyhandsfoundation, assisting us in supporting workforce education and the fight against hunger. Visit metallica.com/abcs to pre-order your copy!

Metallica is not the only musical act that has ventured into the children’s market. Paul McCartney, Ringo Starr, Keith Richards, Bob Dylan and Madonna have all penned children’s books in the past.

Ahead of the release of this book, the band will be on tour throughout the summer, performing in festivals around Europe.

In September, they will also celebrate the 20th anniversary of their 1999 live album “S&M”, playing two nights at San Francisco’s Chase Center alongside the San Francisco Symphony. JB