Urban Electro Band NU’EST have returned with five members, a new album, and a much-awaited concert tour to conquer the global stage which won’t be complete without a stop in the Philippines!

Members JR, ARON, BAEKHO, MINHYUN, and REN are ready to turn August into a L.O.Λ.E (NU’EST fanclub name) month as PULP Live World brings you yet another glorious show to watch out for—2019 NU’EST Concert in Manila, happens on August 31, 2019 at the Araneta Coliseum. 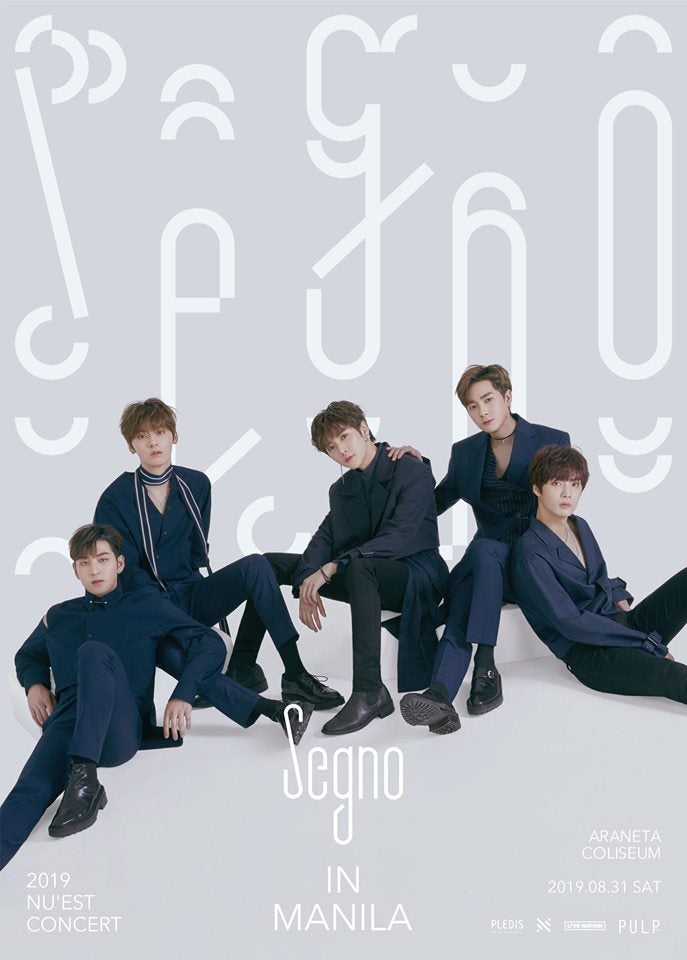 NU’EST began their career in 2012 with the hit digital single “Face” which was nominated for Single Album Award at the Golden Disk Awards. They also released their first EP, Action, that same year and later on expanded to global markets—Japan, Australia, other parts of Asia, and the United States through their KCON performances. In 2013, the group held their first exclusive concert, Show Time NU’EST Time, and celebrated their first anniversary through a concert in Japan. Soon after, in 2014, NU’EST released their first full album RE: BIRTH with the lead single “Good Bye Bye.” In 2015, the group started venturing out to Japan for promotions as they released various title tracks and albums in the country. They have also conducted shows and concerts for their Japanese fans as Aron took up a position as a DJ in SBS PopAsia with his own show, Aron’s Hangout. A year after, NU’EST successfully earned their first music show nomination on The Show for their single “Love Paint.”

In 2017, the group’s career took a big turn as they decided to join the famous survival reality show program Produce 101 where one of the members, Minhyun emerged on top and became one of the members of the project group Wanna One. This step was considered as one the best decisions of the group as they have gained more popularity because of the show. Their previously released album such as Q Is and Canvas saw a sudden surge in popularity on South Korean music charts and even topped the Gaon Chart.

Although Minhyun took a break from NU’EST to fulfill his roles in the project group, the remaining four members of the group continued their promotion as the sub-unit NU’EST W and released the chart-topping track “Where You At?” Now, with Minhyun’s return, NU’EST are back with their 6th mini album, Happily Ever After, which carried the fresh title track “Bet Bet.” They have also earned the Artist of the Year and Fan N Star Hall of Fame Awards at the recently concluded The Fact Music Awards. 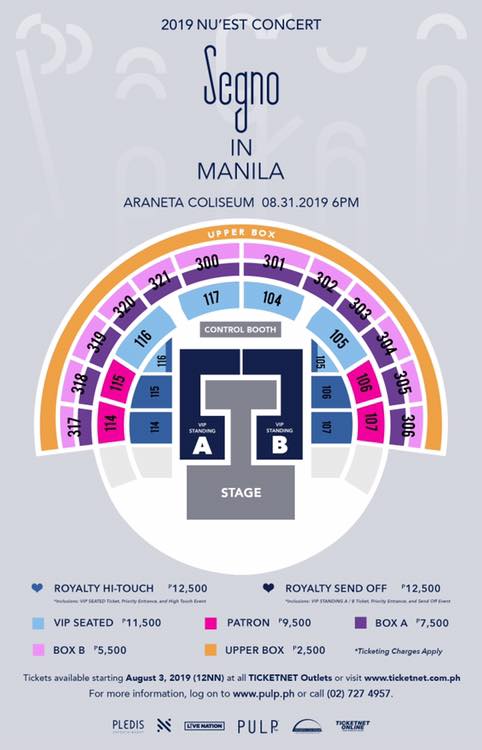 Getting ready to start again, as suggested by their concert title “Segno,” NU’EST have completely returned to further prove their dedication for their craft and to show their love to fans who have patiently waited for the success they have now. Back with an amplified energy brought by their ever- growing fan support, NU’EST are ready to make their way to the Philippines with their hotly anticipated solo concert! Dedicated to all the Filipino L.O.Λ.Es and PULP Live World proudly presents 2019 NU’EST Concert in Manila, happening on August 31, 2019 at the Araneta Coliseum.