TWICE was formed through a reality girl group survival program “Sixteen” by JYP entertainment and Mnet in 2015. In the following year, they started gaining recognition after their single “Cheer Up” had peaked at number 1 on the Gaon Digital Chart. They also won several awards including “Song of the Year” at Melon Music Awards and Mnet Asian Music Awards.

Before the girls continue their tours in Singapore, Los Angeles, Mexico City, Newark, Chicago, and Kuala Lumpur, they gave a spectacular and colorful performance  with their hit songs: “Stuck in my head”, “Cheer up”, “Yes or yes”, “You in my Heart”, “Strawberry”, “Dance the night away”, “Heart Shaker”, “Woohoo”, “Likey”, “What is Love”, “TT”, and “Fancy”.

After performing “Stuck in my head,” TWICE told their fans, “Kumusta ka? (How are you?),” “Kumain ka na? (Did you eat)” and “Magandang gabi (Good evening).”

In case you missed their performance, here are some of the highlights from that epic night: 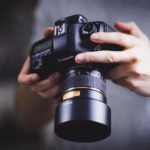 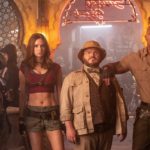 WATCH: First Trailer for ‘Jumanji’ Sequel Takes It To ‘The Next Level’