Follow us:
In this file photo taken on December 7, 2014 Russian ballet star Svetlana Zakharova performs during a gala at Moscow's Bolshoi Theatre in support of young dancers in war-torn Ukraine. - In a new show celebrating "the friendship between ballet and fashion", Svetlana Zakharova brings to the stage of Moscow Bolshoi Theatre a "majestic" Coco Chanel. (Photo by Mikhail LOGVINOV / AFP)

The life and works of fashion legend Gabrielle “Coco” Chanel will be celebrated in a new ballet premiering at Moscow’s Bolshoi that highlights the designer’s love of Russia and starring prima ballerina Svetlana Zakharova.

The one-act performance by choreographer Yuri Possokhov pays homage to the celebrated founder of the fashion house that bears her name and features a stunning display of Chanel costumes specially created for the ballet. 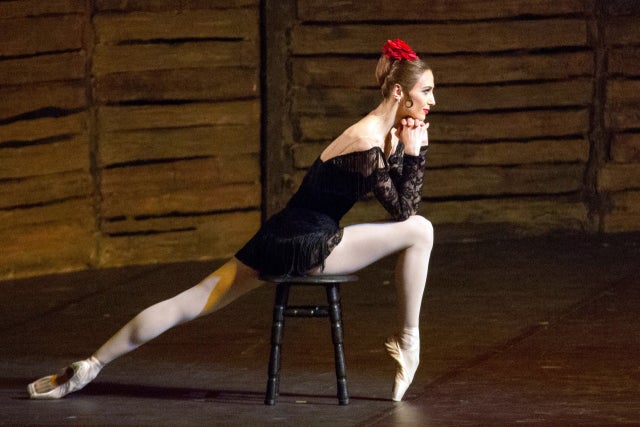 Created specifically for Zakharova, the ballet “Gabrielle Chanel” recounts the most memorable moments of the work and life of the French fashion designer, who died in 1971 aged 87.

The Bolshoi created 85 costumes for the performance using Chanel designs, making sure they would not hamper the dancers’ movements.

“It will be a celebration of friendship between ballet and fashion,” Zakharova told reporters ahead of the performance. “But this will not be a fashion show, it will be a genuine spectacle.”

Zakharova, 40, said she carefully studied Chanel’s life and even visited her apartment at rue Cambon in Paris to prepare herself for the role.

The opening of Chanel’s first Paris atelier, her romantic liaison with Englishman Arthur “Boy” Capel and her passion for Serge Diaghilev’s Ballets Russes dance company are featured in the show.

Some of Chanel’s most famous quotes and her photographs are projected onto the screens above the stage during the show.

The creators of the ballet hope to present the show in Paris at a later stage, said producer Yury Baranov. RGA/JB

Lagerfeld’s Chanel made $11 billion in his last year