A Twitter user was able to get out of work, thanks to his tricky idea that he shared with his followers last Thursday, June 13.

The user who goes by the handle @PapaBoardslide shared a photo of his car alongside a similar photo but with a difference. The user had photoshopped a flat tire onto the photo of his car in order to excuse himself from work.

“Proudest moment of my life was photoshopping my tire being flat to get out of work, I really finessed,” the user said via Twitter.

Proudest moment of my life was photoshopping my tire being flat to get out of work, I really finessed pic.twitter.com/SaY6Z7Ctmg

Other users responded to @PapaBoardslide’s creative use of his photoshop skills with their own stories on how they excused themselves from work.

One Twitter user, who goes by handle @redrichroses, replied: “I used to work two jobs and I photoshopped one of my schedules and sent it to the other so I could have some time off.”

Another user, @KingKlobb, questioned @PapaBoardslide’s action of sharing the plan on the social media platform. “Self snitching for clout, let us know if it was worth it bro,” he said.

User @PapaBoardslide was quick to respond to the tweet that questioned him. “I quit this job 2 years ago,” the user said, revealing that he was no longer working for the workplace that he had used the excuse on.

This photoshop mishap is every magazine’s worst nightmare! 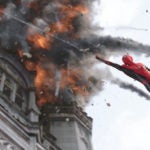 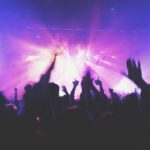