When it comes to forming a boy band, entertainment companies always look for the same type of guys–the heartthrob (usually the leader of the group), the babyface, the bad boy, the shy one, and the goofball.

But in Japan, idol groups don’t need to meet the “boyband formula” just to make it to the music scene. In fact, there are even groups of old men and plus-sized women who are currently making a name for themselves in the industry. In a report by SORA News 24, another boyband is making the headlines because of its newest member. *ChocoLate Bomb!, which is managed by Johnny’s Entertainment, just announced that their “new and limited-time member” Shiropen would be featured on their upcoming single called “LOVE ME DO (Doko ni mo Iccha Dame).

But before you get too excited about this, here’s the catch: Just when you thought Shiropen will be the next heartthrob, well, brace yourselves… because he is actually a goat!

While some fans still have no idea how he got there, Shiropen will also be singing along with his fellow members. The idol group is also encouraging their fans to attend their shows and check out their online shops since their newest single won’t be available in all stores nationwide.

Japanese city of Kamakura asks visitors not to eat while walking 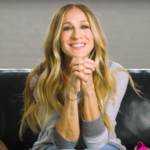 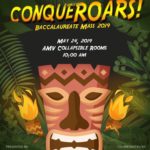