You can witness the beauty of traditional Japanese art—as well as touch it—with the new design range of Japanese company Okamoto Industries Incorporated.

According to the company via Grape Japan on June 4, it will debut a new “design condom” series featuring images from the country’s traditional Ukiyo-e woodblock paintings.

The company design range is created with Japan’s inbound tourists in mind, especially for tourists who will be in the country for the 2020 Olympics.

“By printing designs (representing) Japanese Culture as well as gifts, events, names or collaborations which will be of interest to the rapidly increasing number of foreign visitors, we hope [they will feel] more connected to condoms and find them easier to use,” the company said in a statement.

The “design condom” series will be available this summer, with Japanese condom shop Condomania selling the condoms in capsule toy dispensers.

Okamoto also announced that it is accepting orders for custom designs and will be launching a VivaGel condom that is 99.9% effective against HIV, HSV and HPV viruses. Hannah Mallorca/NVG 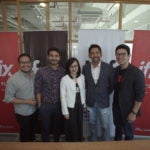 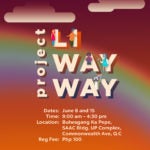