Follow us:
Japan's coastal city of Kamakura, not far from Tokyo, is famous for its giant seated Buddha statue. Image: SeanPavonePhoto/IStock.com via AFP Relaxnews

Japanese city of Kamakura asks visitors not to eat while walking

The coastal city of Kamakura, in Japan’s Kanagawa Prefecture, has passed an ordinance asking visitors not to eat while walking. This seaside resort, situated around 50 kilometers from Tokyo, is famous for its giant Buddha statue.

After Kyoto’s etiquette guide for tourists in 2017 teaching visitors the do’s and don’ts of behavior in the city, the Japanese city of Kamakura has published an official ordinance asking visitors not to eat while on the go. 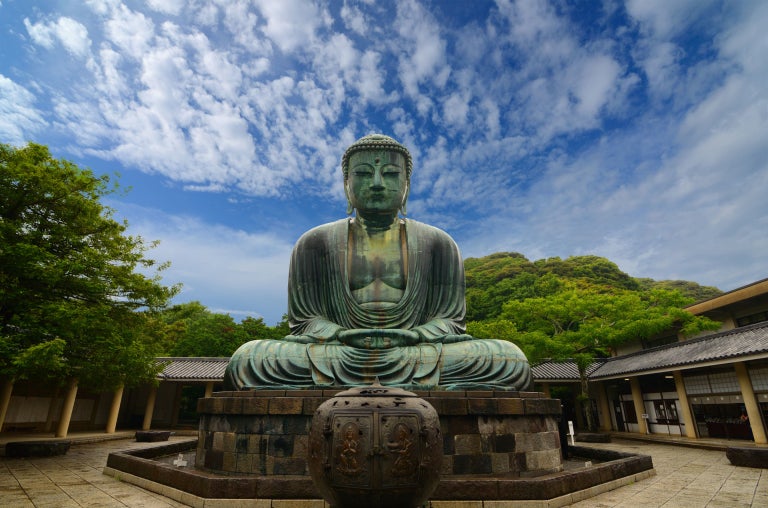 Japan’s coastal city of Kamakura, not far from Tokyo, is famous for its giant seated Buddha statue. Image: SeanPavonePhoto/IStock.com via AFP Relaxnews

This coastal destination is popular with Tokyo residents looking to escape the crowds of the Japanese metropolis for a weekend and take a welcome breather by Sagami Bay. Many foreign visitors also take the train to visit Kamakura and its many temples, which date back to the 12th century and bear witness to the importance of the city in the Middle Ages. Travelers notably come to see the bronze seated Buddha statue dating from 1252, which weighs 122 tonnes and stands 11 meters tall.

In issuing the ordinance, Kamakura is above all seeking to combat trash and stop leftover food waste littering the city’s most popular thoroughfares. However, the authorities are not issuing fines or citations for those who fail to abide by the request, CNN reports.

Kamakura’s ordinance is reminiscent of the Italian authorities’ decision to ban eating in the street in the historic center of Florence last year. Unlike the Japanese city, those flouting the Florence ban risk fines of up to €500 (over P29,000). The Tuscan capital actually followed Rome’s example, while Venice and Verona passed laws preventing the opening of new takeaway food outlets. JB