Two Door Cinema Club have today announced details of their fourth studio album ‘False Alarm’, out June 14th via Prolifica Inc / [PIAS]. Also unveiled today is new single ‘Satellite’, an infectious Krautpop-influenced slice of future pop that accepts as a species we’re “in it together” – be it Brexit, climate change or any other man-made modern day terror. Details of the release were unveiled in a typically irreverent live stream which saw the trio launching the new album cover into space, whilst simultaneously commentating on the event and answering questions from fans. View the launch event here.

The band’s first album to be released in full collaboration with Prolifica Inc, ‘False Alarm’ finds the three piece gloriously unshackled and creatively at the peak of their game. Across its ten tracks ‘False Alarm’ wryly scans and satirises the social and environmental woes of 2019 through the prism of wonderfully off-kilter pop, simultaneously borrowing from and warping elements of future pop, disco, rock, funk and soul. 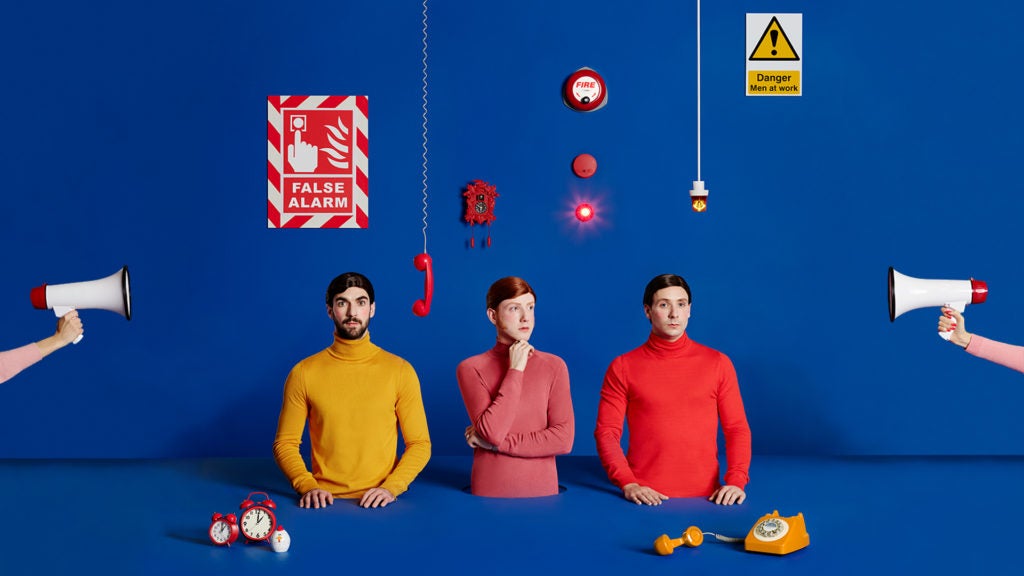 “I love the pop thing,” frontman Alex Trimble explains. “I love experimenting and going to different places, I love doing things that are a little bit wonky and I love the idea of doing something we haven’t done before, why can’t we do all of those things at once? That’s what it was, doing whatever felt right… It sounds like Two Door Cinema Club – not a Two Door Cinema Club there’d ever been before but that’s what I love. We can always do something new but it always feels like something we’ve done.”

Recorded in sessions between London and LA with producer Jacknife Lee (U2, REM, The Killers), it’s an LP that takes the familiar and twists it, to startling and stimulating effect. Take the distorted boudoir soul of ‘Think’, or ‘So Many People’, which electronically skews classic Chic-style disco guitar, and the multidimensional lounge pop of ‘Break’ which sounds like an AI trying to write a Beatles song. It all makes for a wide-eyed, culture-encompassing leap forward for the band, a record liable to break, ruin and remould pop in 2019.

Having put the icing on their comeback last summer with a landmark headline performance in front of 35,000 people at London’s Community Festival, Two Door Cinema Club are stepping back onto the festival circuit this year, with performances lined up at Radio 1’s Big Weekend and Glastonbury, as well as headline slots at Truck, Tramlines and Y Not Festivals amongst others. 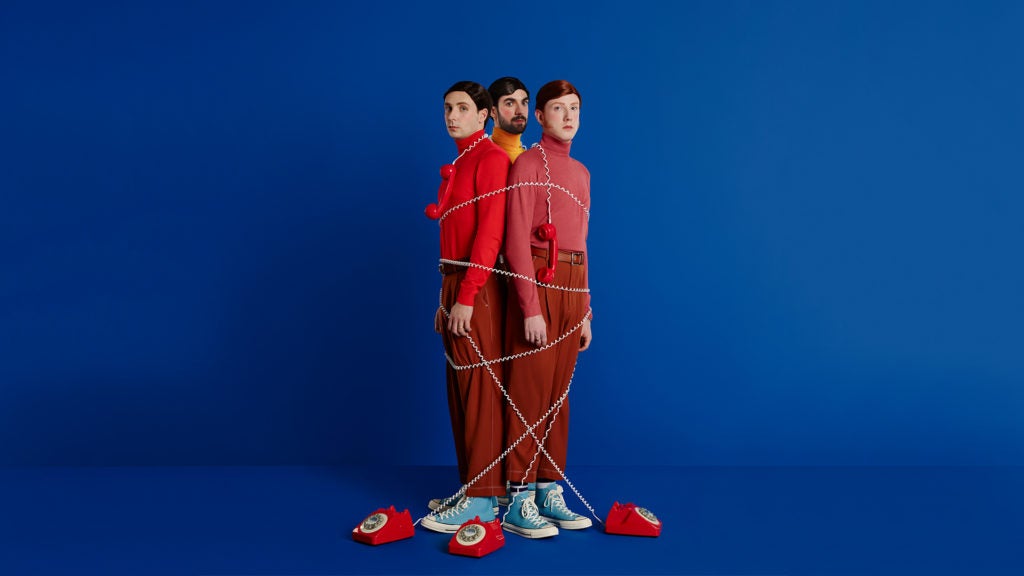