Follow us:
A model walks the runway during the Louis Vuitton Cruise 2020 collection presentation, Wednesday, May 8, 2019, in New York. Image: AP/Mary Altaffer 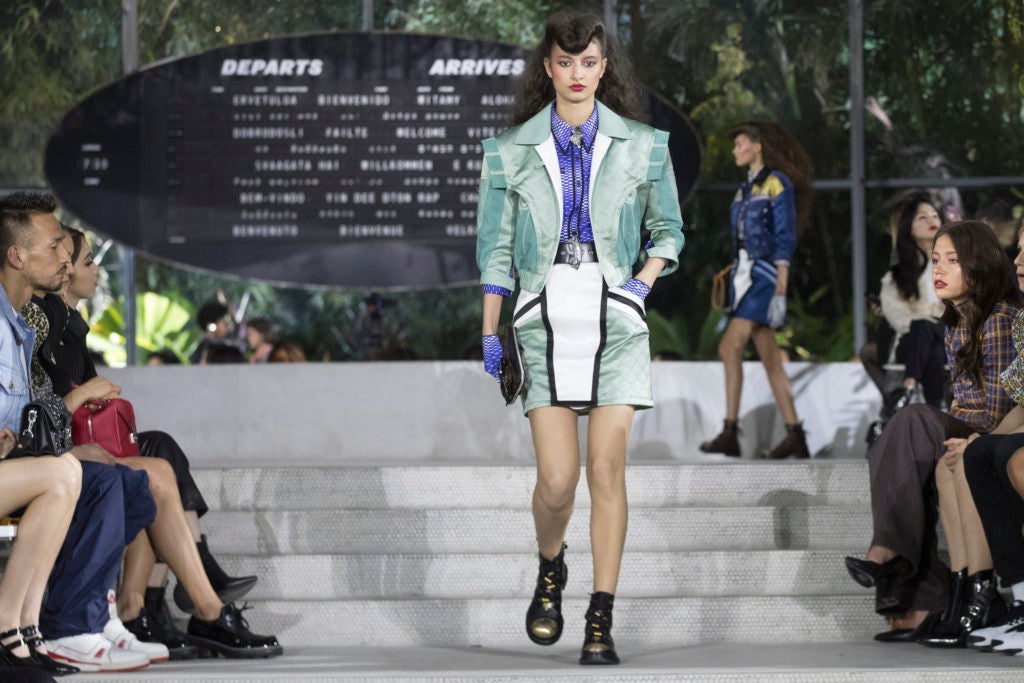 A model walked the runway during the Louis Vuitton Cruise 2020 collection presentation, Wednesday, May 8, 2019, in New York. Image: AP/Mary Altaffer

The white concrete and glass structure, with its smooth curves invoking an aircraft from the future, was as much a draw as the designs by LV creative director Nicolas Ghesquière. Designed by Finnish architect Eero Saarinen, the terminal was a sensation when it debuted in the early 1960s and is on the National Register of Historic Places. It was closed in 2001 when the TWA airline shut down but is getting a new life and is set to reopen next week as an attraction that includes a hotel, shopping and restaurants.

For the show, the inside was transformed into a tropical oasis overflowing with tropical foliage that stretched even into the bathrooms; the centerpiece staircase above was made even more dramatic amid a sea of green, while retro signs including an old school flight departure board hung above. 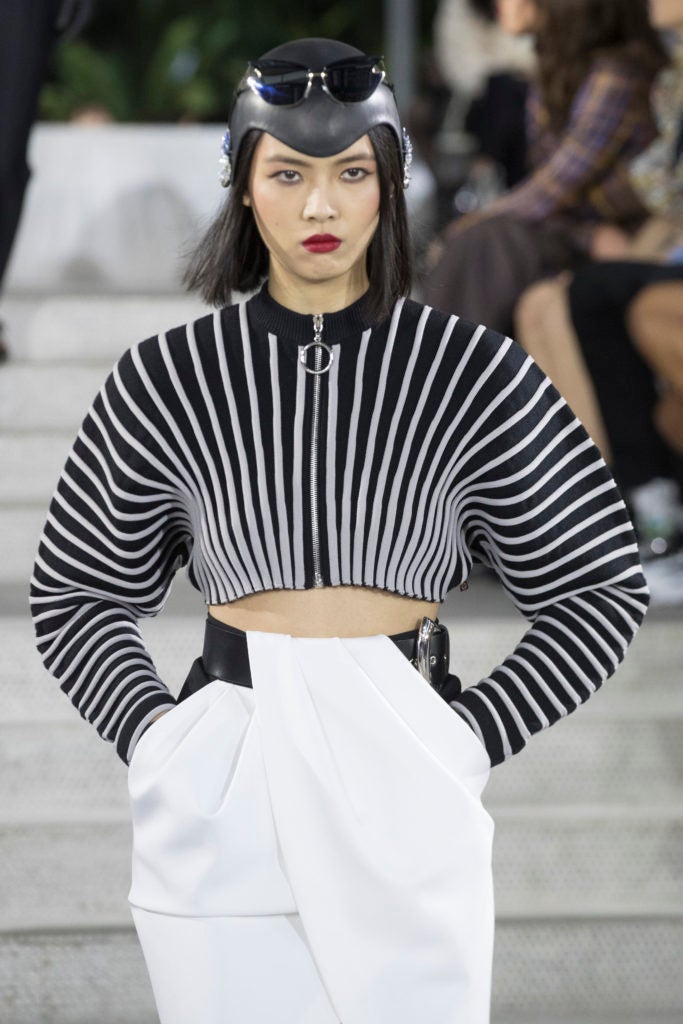 “It’s bold and innovative,” she told The Associated Press. “There’s nothing that looks quite like it.”

Connelly wore a LV piece from last year’s cruise show, a flowery blue and pink dress that looked partly inspired by the Victorian era with its layered, wide collars. 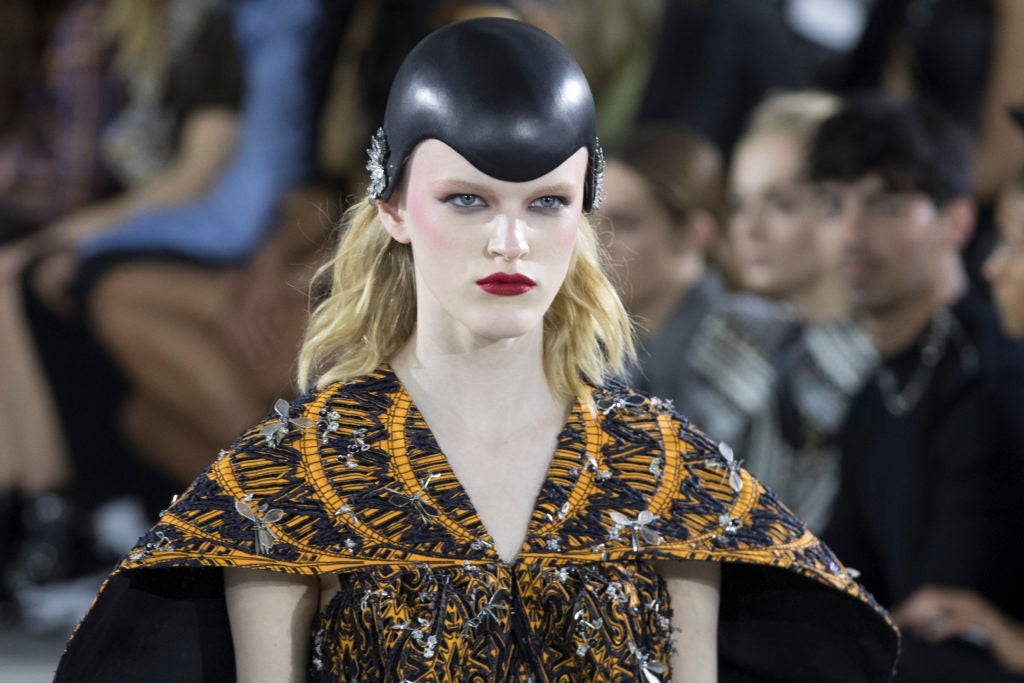 But for this show, Ghesquière seemed to be inspired by the glamor of the 1980s; models walked down the expansive two-level runway in satin-like miniskirts accented with a billowing top layer; a white leather jacket that had black lower sleeves with a checkered print looked like it could have fit in any video from the early days or MTV. One black suit dress with pinstripes had its shoulders cut out, so there were no shoulder pads, but the piece gave a nod to the 1980s with its poofy sleeves. And several skirts had the ribbon pattern of the era.

The collection had a fall feel, with plenty of leather jackets, skirts and coats, but also pieces that mixed materials, like a blue, white and black leather jacket that transformed into a flowing gold material at the chest.

There were also the Louis Vuitton famous bags, including clutches and one that was electronic with images flashing on it, yet another eye-catching moment of the evening. CE/JB

Woman wants to turn her own skin into a handbag