Woman wants to turn her own skin into a handbag

Louis Vuitton, Gucci, Hermès, Chanel, and Balenciaga are some of the most luxurious designer bags in the world. Aside from the fact that they are made out of high-quality leather, owning one also gives most women a sense of accomplishment.

Handbags, as we all know, are commonly made from the hide of animals like cows, sheep, crocodiles, snakes, and goats. But, since animals are always being sacrificed for the sake of fashion, have you ever thought about using human skin as an alternative?

Some of you may have read this article on Creepypasta about a murderer who used human skin to make belts, book covers, and whatnots. Although stories posted on the site were just short pieces of horror fiction, Joan from Manchester, England wanted to make use of the skin from her amputated leg.

According to Joan, she didn’t want her leg to become medical waste just like any other human body parts. 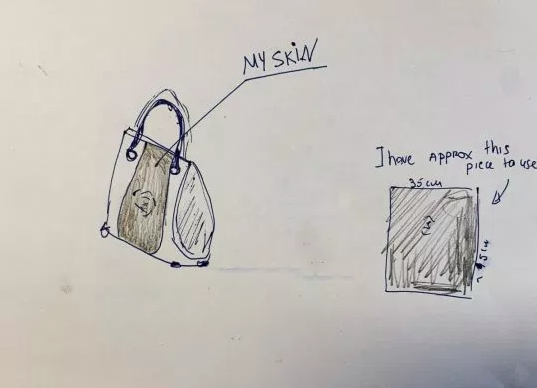 “I was reading about the human waste scandal where they just dumped body parts in a dump to rot and I don’t want that to happen to me.”

To make it possible, she got in touch with Sewport, a clothing manufacturer that helps people turn their ideas into reality. Her request for those designers is to help her with her idea. She even created mocked-up designs for the handbag and was willing to pay for about $3,900.

“I know it is a bit odd and gross, and some might think I’m crazy, but it’s my leg and I can’t bear the thought of it being left to rot somewhere. ‘It’s part of me and I want to keep it,” she explained.

While some of us believed that her idea was bizarre or gross, the company thought otherwise.

“We’ve never come across a designer wanting to make a handbag from her own skin. After corresponding with her, it came to light that she got in touch with us after seeing the request from the lady who wanted the dress made from her Mother’s hair and was inspired to do something similar. Before you say ‘ew gross!’, we’ve spoken with the woman and her reasoning behind it is actually understandable and very personal.”/TV