Penguins Books announced on Thursday that it will publish a selection of the Swedish teenage activist’s key speeches. 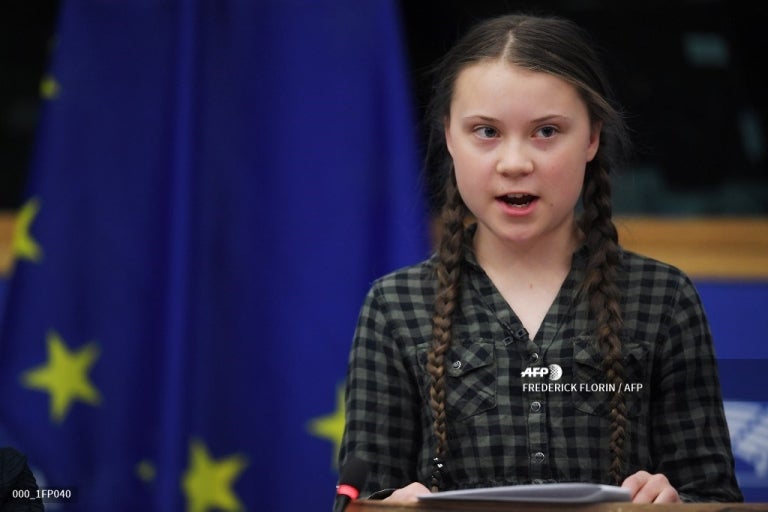 “No One Is Too Small to Make a Difference” takes its title from an address Thunberg made at the COP24 United Nations climate talks, in which she warned the world about climate change.

The book will feature eleven of her speeches delivered at various international climate seminars and protests between September 2018 and April 2019. All the speeches were written by Thunberg herself.

‘Everything needs to change. And it has to start today.’

At just aged sixteen, @GretaThunberg is changing the way we think about the future.

No One Is Too Small to Make a Difference is a selection of her key speeches, out on 6 June. Pre-order now: https://t.co/4szwPvbskL pic.twitter.com/ytHX42fbLn

Described by Penguin Books as “the voice of a generation facing the full force of climate catastrophe,” 15-year-old Greta Thurberg has encouraged 1.4 million people in over 100 countries to join the #YouthStrikeForClimate movement.

She was nominated for the Nobel Peace prize last March.

“This little book will document an extraordinary, unprecedented moment in our history, and invite you to join in the fight for climate justice: to wake up, spread the word, and make a difference,” said editor Chloe Currens to The Guardian.

Penguin also said it will be releasing Greta Thunberg’s family memoir later this year. Written jointly by Greta and her family, “Scenes from the Heart” will detail how the teenage activist coped with her diagnosed Asperger’s syndrome and selective mutism.

All profits from both books will be donated to charities.

Cultivating grit and resilience in our youth