Congratulations! You are now one of 61.8 million registered voters for the May elections. You also belong to the 2.1 million who are voting for the first time.

Some 20 odd years ago, I was just like you are now. A first-time voter. I can still remember the euphoria at the prospect of finally exercising my right to suffrage for the first time. It was, after all, some kind of a rite of passage for me. My first legit act as an adult.

Imagine, my singular vote would have exactly the same weight as that of the most powerful, the most financially successful, the most academically accomplished or the most famous citizen of the land! How cool was that, right?

I could choose whomever I wanted.

People can keep on asking me to vote for their candidates but, at the end of the day, my final choice would just be between my ballot and myself, witnessed only by my pen. The secrecy of votes assured me of that.

I was over idealistic.

With my vote, I could be instrumental in changing the condition of the country, the plight of every Filipino, and even the future of generations to come. I had the power to get rid of all the corrupt officials in the government, to fix all the ills of society, and to install in power the best candidates among the lot.

Countless of elections, the country is still plagued by the age-old, seemingly unsolvable and persistent dilemmas. The people are either bailing out due to hopelessness, or staying behind due to an obstinate sense of hope.

The future is bleak.

And I am jaded.

Our country needs us, though. If we are all to give up, who will care for our beloved Luzviminda? Who will fight off the vultures and crocs in government? Who will expose the transgressions and evils in society? Who will serve as the voice of the voiceless and the marginalized? Who will champion the causes for our future children and grandchildren?

Along the way, you will meet different kinds of politicians (Pardon me, but it really pains me to refer to most of them as public servants). And, believe me. When they need your votes, they can be extremely charming that they can even charm your pants off you! They can smile until their faces crack. They can promise you the moon and the stars. They can shake thousands of hands, carry hundreds of babies, and pat the heads of countless children.

But most of it are mere acts. Pretenses. Make-believe.

Now, let me introduce you to the finer art of seeing through their façade. Through this quick lesson on recognizing the tell-tale signs of a traditional politician (or what we fondly call “trapo”), may you be guided in discerning the genuine from the fake.

1. He sees the government as a family enterprise where almost all his relatives are employed – initially, for “indoctrination” and, subsequently, for training for a higher position. We call these families “political dynasties”. They thrive in power.

2. He considers his political position as his milking cow. A few years into “public service”, and he has already acquired mansions, haciendas, resorts and high-rise buildings. He has a fleet of expensive vehicles. He is surrounded by a horde of loyal maids, security personnel, personal assistants, chauffeurs, consultants and legal advisers. He has multiple bank accounts, both local and foreign, under his own name, an alias or a dummy. His greed for money is insatiable.

3. He will do everything and use any available machinery at his disposal to make sure that he bags his most-coveted political seat. He treats votes as a merchandise and us, voters, as retailers. He resorts to shameless and irreverent vote-buying, deceiving, lying, and cheating.

4. He thinks that he is above the law. It could be as simple as violating traffic rules or as labyrinthian as circumventing the laws of the land to protect his personal interests.

5. His office’s payroll includes names of his relatives, friends, golf/shooting/travel buddies, and campaign supporters. He appoints people based on nepotism and patronage, not on merit. Likewise, he awards multi-million project contracts or meaty public positions to his campaign donors.

6. He files a candidacy even if he very well knows that he is not qualified for the position. He’s simply banking on his celebrity status as an actor, a singer, a dancer or an athlete. (Or an athlete’s wife, an athlete’s brother, an athlete’s trainer, and so on and on and on.)

7. He considers his jurisdiction his personal wall. Tarpaulins, paintings, billboards and even graffiti of his face (or in some cases, his initials or an image of his mustache) fill the streets. And, as if the sight of all that face of a single person is not enough, it’s also stuck on all his turf’s government vehicles, all the licenses and IDs that emanate from his office, all the post lamps, all the government buildings and other infrastructure projects, all the tents found in wakes, and even all the tiles on the sidewalk. So, a certain town, city or province may, at some point, appear to be his personal domain after all these “branding efforts”. I’m sure the term epal is not new to you.

8. He latches on to power like a drowning man desperately holding on to a piece of log for dear life. When he’s done with his allowed number of terms as mayor, he runs as a congressman. When he’s done with being a congressman, he runs for a senator. And this goes on until he reaches the pinnacle of power, the presidential position. Wondering what happens to the other positions he vacated? Refer to #1.

9. He has no loyalty to his political party. Admittedly, we have a flawed political system. Our multi-party system allows for an establishment of a party or a coalition of parties at someone’s whim. So, like a butterfly, he easily flits from one party to another. He belongs to the group of politicians we call “balimbing”.

10. He will do everything and use any available machinery at his disposal to make sure that he bags his re-election bid. He may resort to widespread cheating or electoral sabotage, or a phone call to an influential election officer, Hello Garci-style.

11. He is all too willing to compromise his principle (if you can call it that) just to guarantee a slim chance of gaining electoral victory. He is the kind Groucho Marx referred to in his quote, “Those are my principles, and if you don’t like them…..well, I have others.”

12. He is a perennial liar – someone who could go as far as rewriting history to protect his interests. He may either write a memoir that’s basically based on fantasy or embellish his academic credentials to make him appear superior than he actually is. What’s so alarming about this kind of people is their ability to lie so convincingly because they themselves are already convinced that their lies are the truth. What is it they say? “A lie told often enough becomes the truth.”

13. He is a master at finger-pointing, fault-finding and excuse-making. He shuns accountability and command responsibility like a plague. He always finds someone to blame for all his mistakes, shortcomings and bad calls. Everything that goes awry is always somebody else’s fault – the past administrators, the old contractors, the cabinet members, the impoverished, the weather, etc.
Now that you have the basic knowledge of the kinds of politicians you should evade at all costs, be extremely observant. Empower yourself with lots of information. Remember, we only get what we deserve. If we deserve trash, we’ll get trash. But if we deserve and demand for honest-to-goodness public servants, we’ll get people with unquestionable integrity, uncompromising principles, stellar work ethics and genuine love for our country.

Wishing you lots of luck,
Lorelei B. Aquino

Written for InqPOP! by Lorelei Aquino. InqPOP! once wrote a story about her when she took the stage as a fellow graduate of the University of the Philippines-Diliman (UPD) with her children. She blogs at mom-on-a-mission.com. 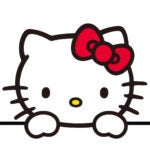 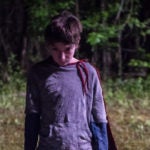