#inFAIRness: Calling for equality where there is none

Children learn about stereotyping at a very young age. As early as five years old, they are taught about the roles that parents are “supposed” to play.

This traditional model of a typical family may have been the structure around which society has revolved, but who’s to say it’s not unproblematic on its own? As society evolves, it cannot be denied that this stereotype has brought its own harmful effects to the world as we know it.

The stereotyping of gender roles has a long history, but that’s a different story. One of today’s main problem is how to deal with the harmful effects these stereotypes bring to individuals, both in the workplace and at home. For instance, as the cost of living continues to go up, the necessity for a double income household – in which both parents, not just the father, are obligated to work – has become the norm instead of the exception.

Thus, wives are forced to step up and join the workforce, though a good number also voluntarily do so. But because of this additional workload, women have a tendency to burn out. Besides performing excellently in the workplace, women are also expected to keep up with their household responsibilities. They are usually the first to get up in the morning – to cook for their kids and prepare them for school – and they are also the last ones to hit the hay – after washing the dishes or doing the laundry.

Unfortunately, men who choose to share household responsibilities are constrained by long-standing preconceived notions of masculinity, thus hindering them from helping out. A lot of them are called “under” for “under the saya,” referring to men hiding behind the skirts of their wives.

It is telling of how certain power dynamics should put men above women through specific indicators (i.e., earning more than enough income for the whole household, having a submissive wife, etc.)

Imagine a world where discriminations like these didn’t exist. Women would enjoy equal opportunities as men in climbing through the ranks of their careers. Men can equally share household duties without being emasculated or ridiculed. It sounds too good to be true.

Last August of 2018, an online campaign aptly named “inFAIRness” was launched to call for gender equality within the realms of the households and workplaces. The witty title alludes to an expression that is commonly used by Filipinos.

The campaign is led by SPARK! Philippines, a SEC-registered non-profit organization composed of empowered women, in partnership with Mr. Click, a digital marketing company who aspires to educate society.

#inFAIRness aims to spread awareness of gender biases and prejudice that afflicts the social strata of the country. It hopes to bring about change that can only have lasting positive effects both on society and the economy.

A lot of self-help books say that the first step to solving your problem is through acknowledging it. The campaign, inFAIRness, does this for you.

So the real question now is, will you join in creating the solution?

If you wanna be part of the change, you can follow the inFAIRness campaign through their social media accounts:

Leave a comment down below tagging a strong working nanay or a considerate helpful tatay and share their story with the hashtag #inFAIRness.

Sharing this article is a small act that can have a huge impact on the movement towards gender equality! 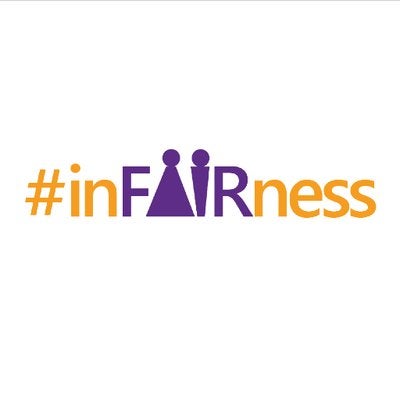