Valentine’s Day is one of those occasions where we get to celebrate love and show people close to our hearts how much they mean to us. It’s a once-a-year opportunity for us to say what we feel towards our special someone or simply show our appreciation to those who have been there for us through thick and thin.

But Valentine’s Day wasn’t really meant to be a romantic day if we are to trace its roots. We may be seeing people exchanging flowers and chocolates these days, but back in ancient Rome, women get whips from drunk and naked men instead (Well, some women may be getting whips from naked men on Valentine’s Day these days, too, but surely for an entirely different reason).

According to the National Geographic, this annual pagan celebration was called “Lupercalia,” a wine-fuelled fertility rite held every mid-February for at least 150 years until Constantine legalized Christianity in the Roman Empire.

During the festivities, young maidens would actually line up as half-naked men hit them with animal skin whips—usually from dogs or goats which they had just slain for sacrifice—in belief that this would increase their fertility and that it brings healthy babies for pregnant women. It also included a matchmaking lottery, in which men would draw women’s names from a jar or an urn, and would “couple up” with their chosen ones during the entire festival—or longer if they’re satisfied with their match.

But how did this brute fete turned into the celebration of love we know today?

From gruesome to ‘wholesome’

As the Roman Empire became less pagan and more Christian, Lupercalia was then transformed into a Christian holiday in the fifth century. Historian and professor, Noel Lenski of University of Colorado at Boulder, said that Lupercalia was a “very popular thing” and ancient Christians were trying to put an end to it due to its debauchery and nudity in nature. To expel the pagan rituals, Pope Gelasius I then pegged the festival to the legend of St. Valentine and turned it into a more “wholesome” celebration.

“It was a little more of a drunken revel, but the Christians put clothes back on it,” Lenski told NPR. “That didn’t stop it from being a day of fertility and love.”

There are various legends, different versions of stories, about who St. Valentine might be and why the romantic holiday was dedicated to him. One of the most popular stories about him tells us that he was a priest in Rome who was on house arrest under Judge Asterius, and tried to convince the judge to convert to Christianity. The judge put Valentinus (his Latin name) to the test and asked him to restore his adopted daughter’s vision; and if he succeed, the judge would do whatever he asked. Valentinus prayed to God as he laid his hands on the girl’s eyes and restored her vision.

The judge and his fourty-four member household were baptized and he freed all the Christian inmates under his authority. At the time, persecution of Christians was common and Valentinus was arrested again for continuing to evangelize. He was sent to the prefect of Rome, where he failed to convince Emperor Claudius II and was condemned to death when he refused to renounce his faith. He was beaten by clubs and beheaded on February 14, 269 A.D.

Other sources recount that before his execution, St. Valentine wrote a letter to Judge Asterius’ daughter and signed it “Your Valentine,” to which today’s romantic idea of Valentine’s Day is said to have been inspired from.

There were other tales about St. Valentine and some reports say that there may have been two different saints named Valentine at the time who were made into a composite character. But if there’s one thing in common between the two of them, or any of these stories about St. Valentine, none of them make him seem particularly romantic.

From women getting whipped by naked men to brutal beheading of St. Valentine, how did we even get to a “bouquets and heart-shaped cards signed with love” kind of celebration these days?

Literature may be the one to blame.

Over time, the holiday became more acceptable and romantic to the public as poets like Chaucer and Shakespeare romanticized it in their works. The New York Times reports that romantic tradition linked to St. Valentine first appeared in Chaucer’s poems, “Parlement of Foules” and “The Complaint of Mars,” in the late 14th century.

According to late English professor at the University of Kansas, Jack B. Oruch, Geoffrey Chaucer may have connected St. Valentine to romance because February 14, was a time when “…Britons in the 14th century thought spring began, with birds starting to mate and plants beginning to bloom.” Chaucer also thought that Europeans liked “Valentine” better than other saint names as it was a “nice-sounding name.”

Shakespeare, on the other hand, inspired modern concept of the romantic holiday when he mentioned Saint Valentine’s Day in A Midsummer Night’s Dream and in Hamlet; where he alluded the superstition that if two single people meet on the morning of Saint Valentine’s Day, they will likely get married:

To-morrow is Saint Valentine’s day,
All in the morning betime,
And I a maid at your window,
To be your Valentine.

Eventually, the romantic tradition became a global thing and paved way for marketers to profit Valentine’s Day like any other celebration we spend our hard-earned money to.

Whips and beheadings, politics and religion entangled, but okay, let’s call it a romantic holiday instead!

The origins of Valentine’s Day may not be as sweet as the chocolates you’ll receive or as romantic as what your lover (if you have one) is planning to give. But we’ve all come a long way to have this special day dedicated to celebrating love and all forms of it.

Valentine’s Day or not, any day can be a celebration of love if we learn how to appreciate more people around us—whatever their race, gender, religion, and societal status may be. Any day could be spent sharing the love you have so much to give.

If Cupid’s bow hits you, and you find someone worthy to spend this romantic holiday with—then by all means, be their Valentine. 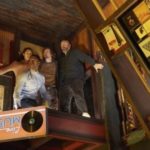 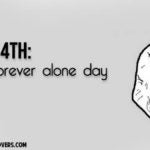